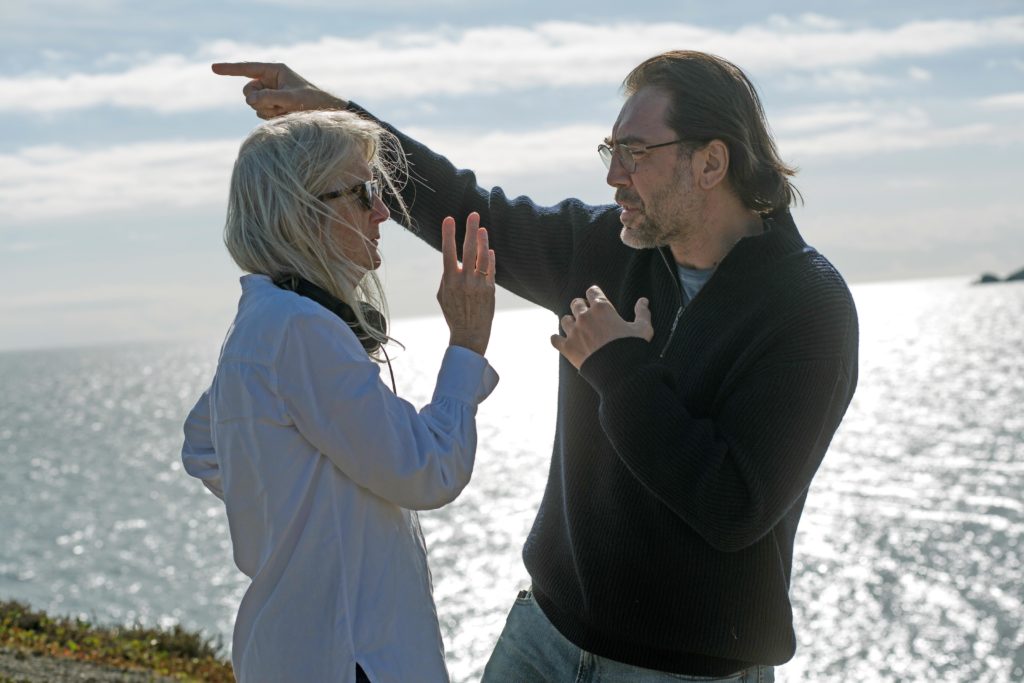 The Roads Not Taken is a sensitive and heartfelt film that takes you through three different parts of a man’s life. Leo is vividly traveling through his past, though no one around him is aware he’s gone anywhere.

Leo (Javier Bardem) is suffering from severe dementia. His daughter Molly (Elle Fanning) arrives at his New York apartment to take him out for a day of appointments. Leo, however, is only marginally focused on the present, as his mind is with his ex-wife Dolores (Salma Hayek) in Mexico a number of years earlier, and is also on an island in Greece as he tries to finish his novel after leaving Molly and her mother (Laura Linney) when Molly was a child.

The film skillfully switches between these three realities as Leo travels the roads of his mind and his memory. The cinematography, by Robbie Ryan, slides smoothly from period to period as we move with Leo from past to present. The score, also by Sally Potter, is haunting and lovely, which perfectly fits Leo’s state of mind throughout. His relationship with his ex-wife in Mexico is fraught with tension and pain; it’s clear there is something holding them apart. His time alone in Greece is similarly revealed to be of his own making, and it’s all the more heartbreaking because of it. It’s hard to see if Leo is going anywhere, or even growing as a person in any way through reliving these memories, but despite the destination being hazy, the journey is still beautiful.

Inspired by writer-director Sally Potter’s younger brother, diagnosed with early-onset Alzheimer’s, the film is clearly made with the pained love of caring for someone who can’t express themselves. Bardem has proven himself to be talented (No Country For Old Men), and the true standout is Elle Fanning as his adult daughter Molly. Fanning’s performance is raw and shattering in its realness; she is advocating for Leo as no one else is willing to.

The film is not without some clunkiness, however, and its bleak storyline can be off-putting. It is a lovely, though heavy, story. However, what is life without conflict, danger, and sorrow? Showing Leo as he is now—barely able to speak or explain himself—is deeply at odds with how he has been. The failures of the human body and eventual mortality are difficult things to wrestle with. The Roads Not Taken attempts to do just that, and mainly succeeds.