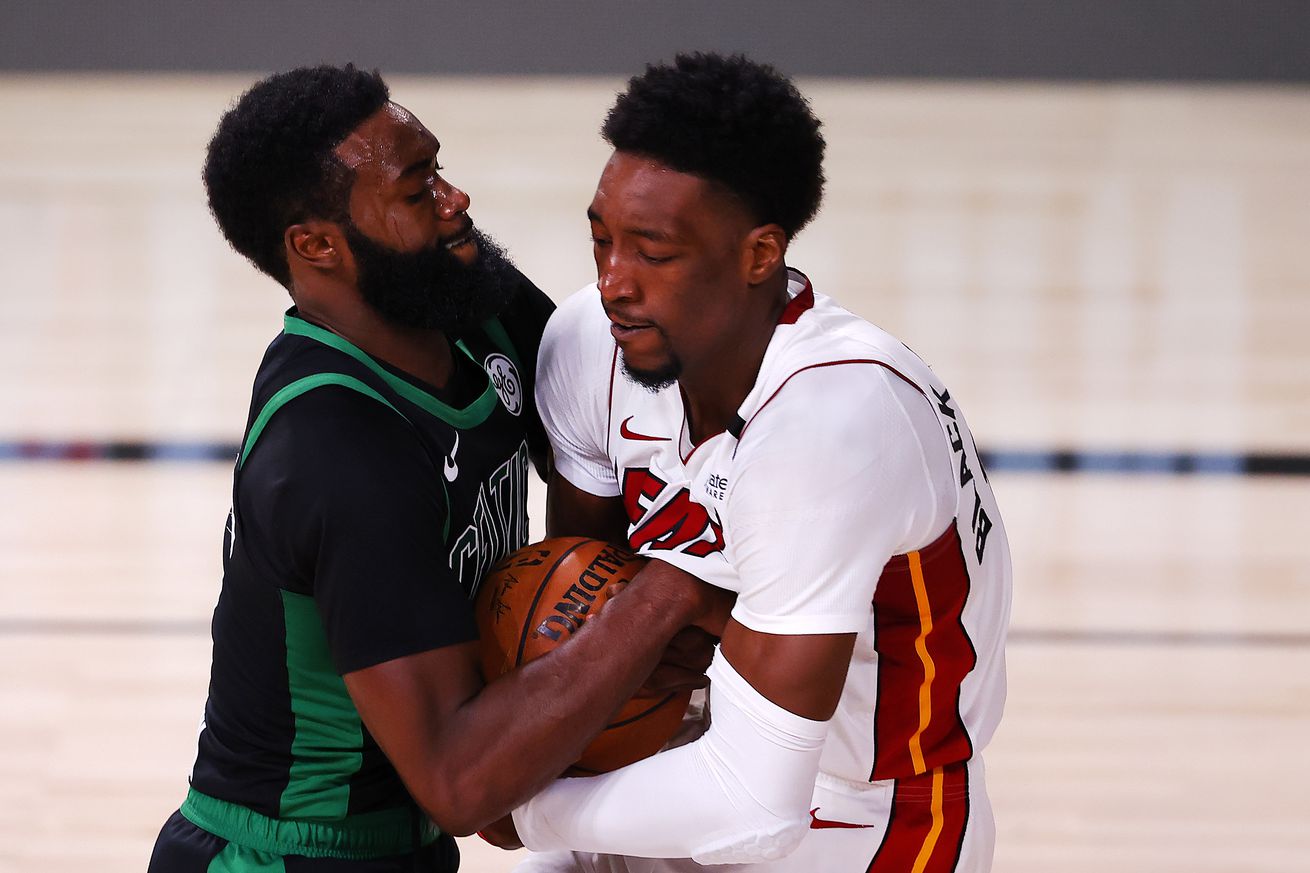 The Celtics competitive drive helped them stave off elimination.

The circumstances the Boston Celtics faced gave themselves the chance to take the easier way out.

Entering Friday night’s Game 5 against the Miami Heat trailing 3-1 in the Eastern Conference Finals, the Celtics could have packed it in. Before the opening horn they could have already had one foot out of the bubble ready to jet home. Going home could have consumed their thoughts. It had to cross their minds with the odds of rallying from a substantial series deficit being slim, even though the Denver Nuggets have already come back from the same deficit twice this postseason.

So why not just go home now?

Get the chance to sleep in their own bed for the first time in months. Spend quality time with family and friends they haven’t seen. The thought of going home could have outweighed the chase of doing everything possible to obtain the Larry O’Brien Trophy.

And for the Celtics, it looked that way for at least a quarter. Boston was listless as they endured a horrendous opening 12 minutes in which they had almost as many turnovers (4) as they had made field goals (five).

Still trailing at halftime and with the exit signs in the bubble coming closer into view, the Celtics regained their form. As Celtics coach Brad Stevens has said at points throughout the playoffs, it wasn’t about execution on offense or defense, but a willingness to outhustle and outwork their opponent that got Boston on track. Miami has outperformed the Celtics in the hustle categories more consistently with a berth to the NBA Finals on the line, but Boston found its competitive spirit when it needed to the most in the second half of Game 5.

They put their competitiveness into overdrive over the final 24 minutes and with their energy and intensity levels peaking, it allowed the Celtics to storm past the Heat and run away with a 121-108 victory to extend the series.

“We’re prideful,” Stevens said. “We’re trying to be our best. We care about competing. We care about representing our team and our organization well and we care about each other. That’s why you compete.”

“We don’t get caught up in all that other crap. We care about competing… We care about each other.”#Celtics pic.twitter.com/idhK7IefbP

Jayson Tatum and Jaylen Brown certainly led the charge in the second-half turnaround. Tatum scored 17 of his game-high 31 points in the third quarter and Brown sank two key corner 3-pointers in the fourth quarter en route to 28 points. Daniel Theis even delivered his best performance of the postseason by netting 15 points and grabbing 13 rebounds.

And while all that production was needed, it was the Celtics continuous effort over the final 24 minutes that never wavered that made the ultimate difference. They prioritized their defense and not allowing baskets at the rim. The hustled to close out on the Heat shooters even if there was no chance of really contesting the shot.

The extra effort paid off, especially on the defensive end. Miami, who can shoot beyond the arc just as well as any team in the NBA, hit only 7-of-36 (19.4%) of its attempts from long range.

The Celtics also got out in transition to get easy buckets instead of settling for low-percentage shots. They started to win the 50-50 balls they weren’t winning in the first half.

It wasn’t a litany of mastermind adjustments from Stevens that helped the Celtics do all of that. It was the Celtics relying on their competitive drive that kept their season alive and the thoughts of home at a distance.