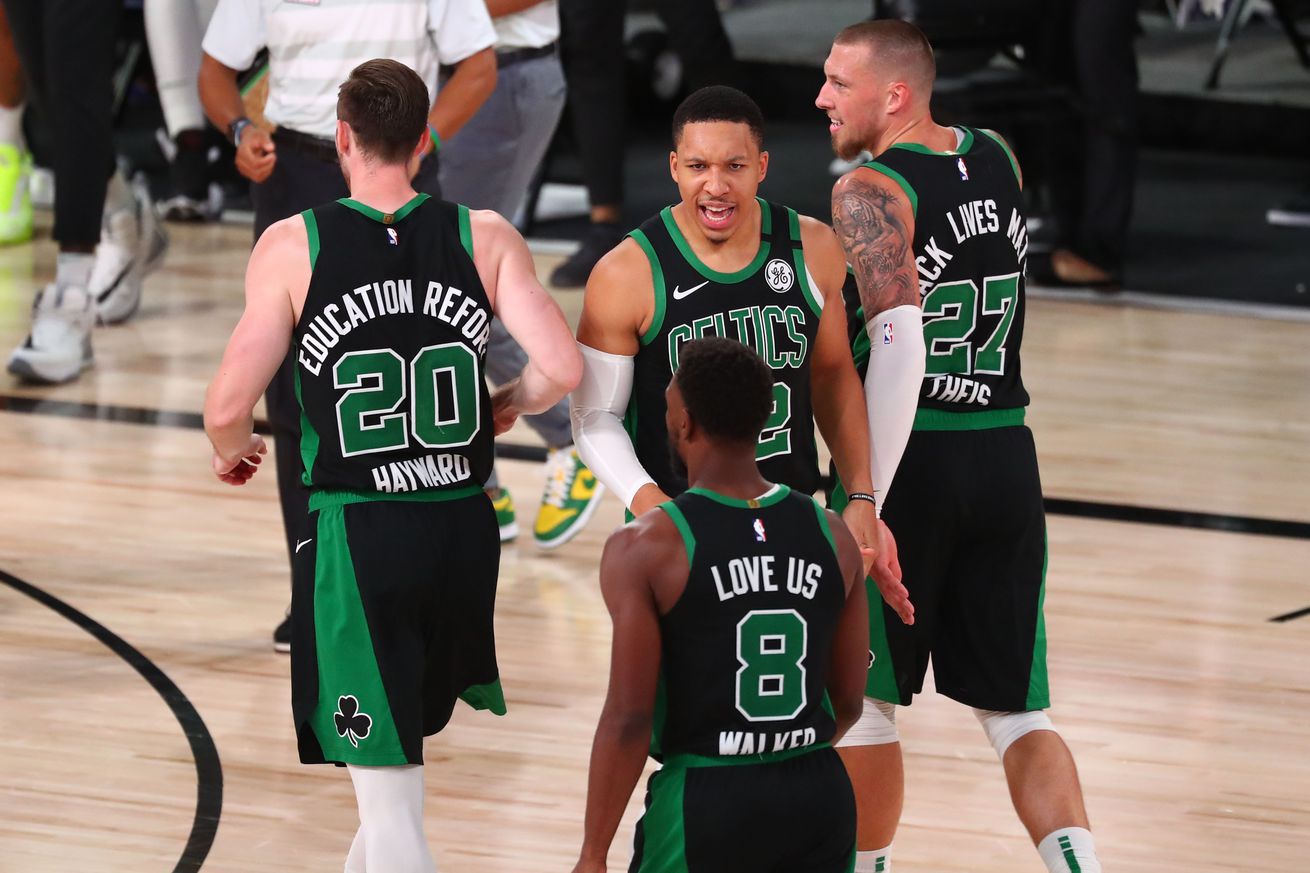 They are who we thought they were.

It’s a sports cliché, but the playoffs are a rollercoaster. Since entering the sterilized and controlled environment of the Orlando bubble nearly two and a half months ago, the Celtics have arguably experienced the most ups and downs of the restart without ever stepping foot on a ride at Disney.

Two seeding losses to Milwaukee and Miami didn’t bode well for Boston’s prospects in the post season. Winning four of the next five (dropping a meaningless final game to the Wizards) rights the ship. A sweep of the 76ers is sweet, but it includes losing Gordon Hayward for over a month. The Celtics take the first two games against Toronto without him and the team looks like legitimate contenders. An OG Anunoby miracle shot in Game 3 steals momentum away, the Raptors dominate Game 4, but the Celtics gut out a seventh game against the defending champs.

Each game of the the Eastern Conference Finals have been their own little loop-de-loop. In the first two games, the Celtics dominated the first halves and crumbled in the clutch. And after falling in an 0-2 hole, a locker room confrontation between Marcus Smart and Jaylen Brown punctuated the lowest low this team has felt all year. Hayward returned and the team bounced back in Game 3 only to suffer a similar fate in the closing moments of Game 4. In total, Boston has lost six playoff games by gut-wrenching 22 points.

Friday started with the tick tick tick of a rising coaster car. Before a do-or-die Game 5, Stevens said, “you want to play like every possession is the last possession of the game. You want to play with great focus on hitting singles on those possessions, but at the same time, missing a shot at the early part of the game isn’t going to make or break the game.

You also have to play confidently. You also have to play assertively and aggressively. You can’t play timid. I think there’s a fine line. Our thing this whole entire experience has been to compete with great intentions and do your best to stay in the moment and play as well as you can.”

Those words couldn’t have been more prophetic about Game 5. The Celtics opened up discombobulated and cold on offense. They seemingly settled on a lot of threes (3-of-12) and did not attack the paint like they did in Game 3 and parts of Game 4. Four turnovers, early foul trouble for Kemba Walker, and a 26-18 deficit coming out of the first quarter looked like bad omens for Boston. It was the part of the ride where you’re screaming downhill, begging for it to stop.

“We were playing a little bit fast, a little bit antsy. We were trying to win the game in the first half,” Jaylen Brown said after playing every minute of the first quarter, but hitting just 2-of-7 shots. “We just needed to stay with it, keep making the right play, just settle down a little bit.”

Boston was buoyed in the rest of the first half by an unexpected appearance by Enes Kanter and his eight second quarter points. “Just kind of kept us at bay. We were struggling. They hit some really tough shots. (Duncan) Robinson was going nuts. Kanter’s points there in the paint I thought really helped.” The Celtics scored twenty points inside the restricted area (and outscored the Heat 56 to 48 in the paint for the game), but still entered halftime down 7.

And then something clicked.

There’s always a part of the ride that’s the signature section of the whole thing. It’s how it gets their name. The Goliath. Millenium Force. Giant Dipper. You don’t even have to see them to know what they’re about. For Boston, the third quarter of Game 5 can easily be described in two words: Celtics basketball.

“In all sincerity, that’s the first time I’ve seen Celtics basketball in the last few games” – Brad Stevens, via the ESPN broadcast pic.twitter.com/Cqsnuj181j

The Heat used their 2-3 zone. The Celtics solved it. Miami coughed up the ball. Boston turned them into fast break points. As talented as they are on offense, the Celtics have hung their hat on the defensive end all year and they put together one of their strongest performances of the playoffs, notably in a quarter that has given them trouble in the bubble.

When asked about what turned the game around in the third, Jayson Tatum said, “I just think on the defensive end. They’re a great team. They move the ball really well, play with pace. I don’t think we defended as well as we could in the first half. I think that’s kind of what got our offense going, us going in the second half.”

It certainly got Tatum going. He scored seventeen points in the frame and took advantage of Miami being in the penalty at the 8:42 mark, going to the line eight times. “That’s just thinking in the game. I mean, you always want to play with pressure, attacking the rim. Especially when you’re in the bonus that early, it kind of opens everything up. You want to take advantage of that.”

It’s been a 364 days since the Celtics first practice for the 2019-2020 season. When asked about what he remembers about that day nearly a year ago, Kemba Walker said that he couldn’t remember anything about it, but that the anniversary was a good reminder of what this team is all about.

“It was nice. It was good. We got back to playing Celtics basketball,” Walker said of Boston’s big turnaround in the second half. “We were just aggressive and just really feeding off each other energy. That’s what we are, just out there encouraging each other.”

The Celtics are still down 3-2, but they still want to stay on the roller coaster. The ride continues on Sunday night.