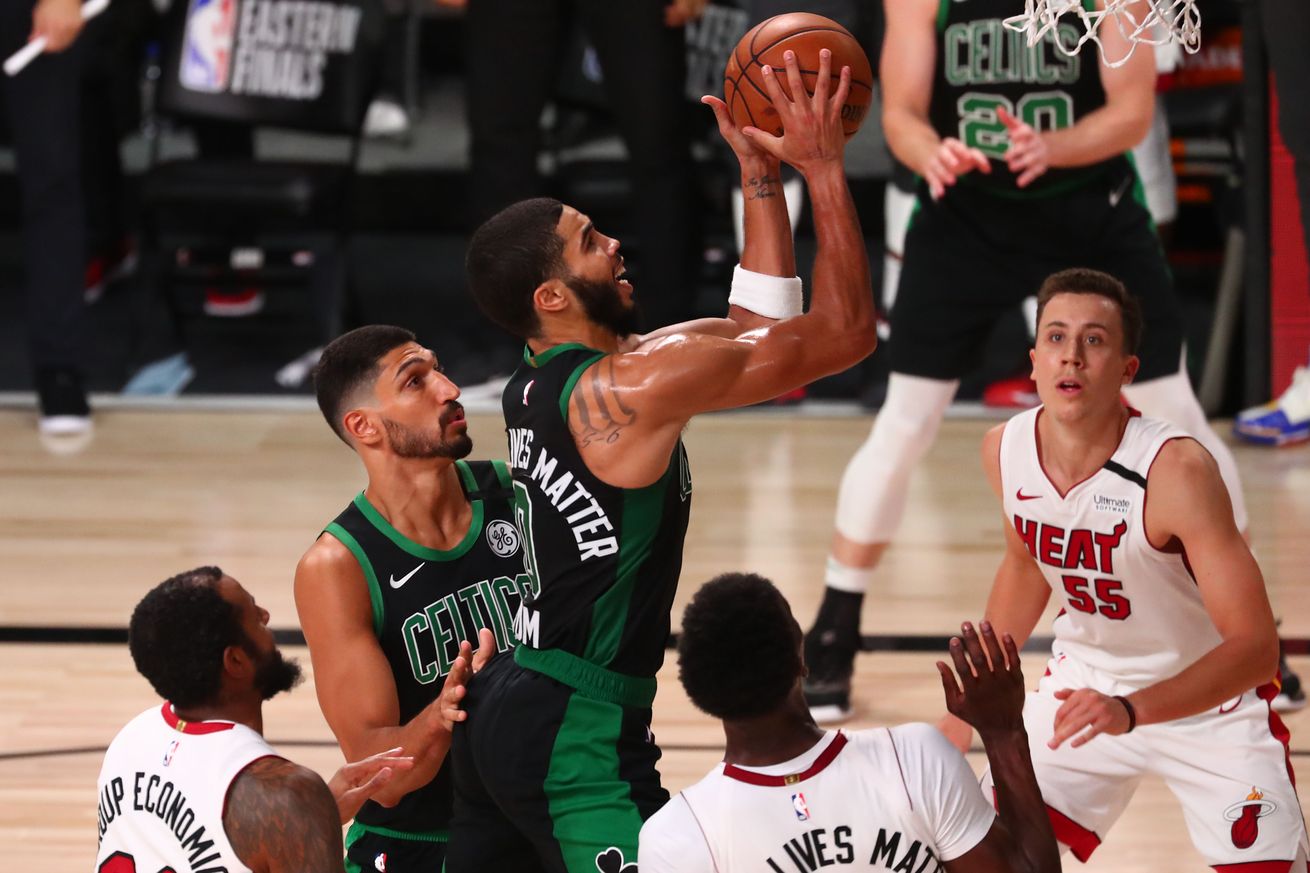 The Celtics live to see another day due to a big second-half effort.

The Boston Celtics have had their share of third quarter woes throughout the postseason.

But in Game 5 of the Eastern Conference Finals Friday night, Boston’s third-quarter performance saved its season.

The Celtics came out of the break with an intensity it didn’t display over the course of the first 24 minutes to turn a deficit into an advantage by outscoring the Miami Heat, 41-26, in the pivotal frame. It was the largest scoring output for Boston in a single quarter in this postseason.

And after struggling to close out games in the playoffs, the Celtics terrific second-half effort was exactly what they needed to keep their season alive as they took down the Heat, 121-108, to extend the series.

Trailing 58-51 at halftime, Boston used a massive 20-3 run early in the third quarter to seize control. Jayson Tatum was the catalyst for the Celtics stellar play in the third quarter as he scored 17 of his game-high 31 points in the stanza. Tatum also added 10 rebounds and six assists for another strong overall performance.

Jaylen Brown, who knocked down 4-of-10 shots from deep, kept the momentum rolling in the fourth quarter as he sank back-to-back 3-pointers to extend the lead into a sizeable double-digit advantage that the Heat never came close to threatening. Brown finished with 28 points.

The Celtics didn’t start out as a team feeling the urgency to keep its season alive. Boston missed 11 of its first 12 attempts and shot just a mere 5-for-20 from the floor in the first quarter. Boston also turned the ball over four times to add to its dreadful opening period.

The Celtics stayed within striking range though until overtaking Miami in the third quarter as the Heat struggled mightily from beyond the arc, making just 7-of-36 attempts.

Boston received a huge boost from Daniel Theis, who turned in his best game of the postseason by posting a double-double of 15 points and 13 rebounds. Brad Stevens also went to Enes Kanter for extended stretches, especially in the first half, and Kanter responded by scoring 10 points on 4-for-7 shooting in 10 minutes. Kemba Walker netted 15 points and added seven assists in the critical win.