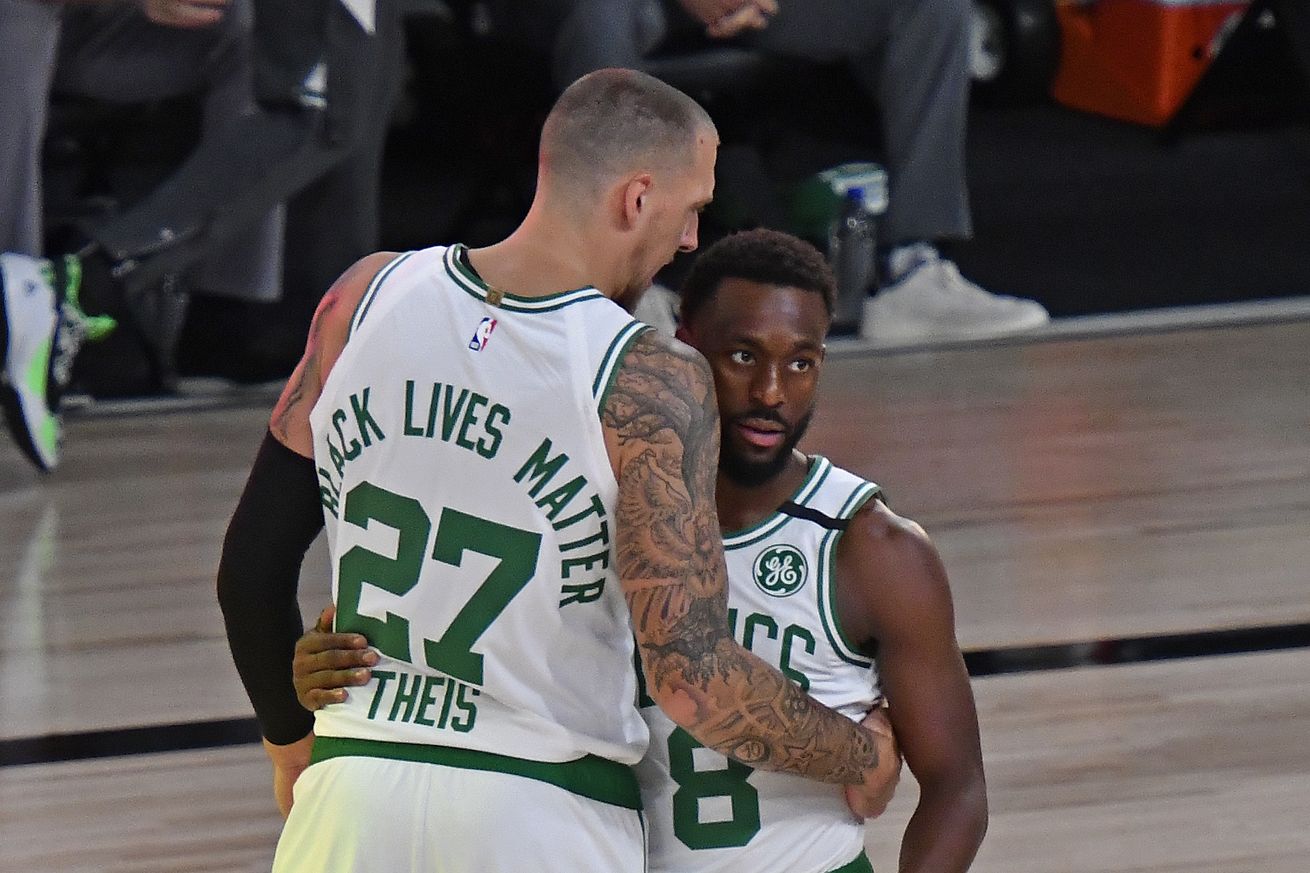 The past is prologue.

It’s been three-hundred and sixty-two days since Media Day back in Boston. Over the last year, the Celtics have battled growing pains and actual pain. They’ve sacrificed time away from family and friends. They’ve played through a global pandemic and a racial justice crisis. A year later, their season ends in the Orlando bubble in a 125-113 loss to the Miami Heat in Game 6 of the Eastern Conference Finals.

There are certainly takeaways from Boston’s loss to Miami–an inability to close in the clutch, losing the battle at the 5, and what could have been with a healthy Gordon Hayward–but at the close of the year, it’s hard not to think about the totality of the season. This was a young team with great chemistry and you always got the sense that the players really enjoyed being around each other and playing for each other.

“I appreciated the way that they played and found joy and stayed together. We had one minor dust-up. That’s pretty good for a calendar year with a group. It’s pretty amazing when you think about it.”

Before the restart, several Celtics considered not even playing in Orlando. In early July, the country was in its fourth month reeling from COVID-19 and on fire from protests after the murder of George Floyd. Restarting the NBA season was the furthest thing from their minds.

However, the bubble offered an opportunity. Before heading to Orlando, Stevens stressed the importance of finding joy in the experience and for the Celtics, they found it in themselves.

“I really loved and enjoyed playing on this team. It was a lot of fun,” Jayson Tatum said after his first All-NBA season and leading Boston in points and rebounds in the playoffs. “A lot of guys got so much better this year and throughout the season, so much better from last season, so just to see guys continue to grow and get better, it’s a lot of fun. It was fun this year.”

Jaylen Brown echoed those sentiments. “I think we played hard. Obviously, we feel like we underachieved, but still no reason to hang our head. I think we’ve got a really good group, a young group, a talented group that’s only going to do nothing but improve. Once again, it stings, but I’m still very very proud of this group.”

After making their third conference final in four years, a salary sheet more or less set up to run it back, and three picks in November’s draft, the Celtics will finally head into the off season with fewer questions than summers past. They’ll have the bitter taste of yet another defeat, but the future is bright for this group and as disappointing as this loss was, it’ll only add fuel to the fire next year.

“We’re going to lean on a couple of those guys (that were making big plays) for a long, long time, “ Stevens said of his young squad and the priceless value of this experience. “I think that ultimately, that’s the benefit.”

“This is our first year together, so we’re going to have some time to grow,” Kemba Walker said after his first ECF. “It’s going to be a fun group for the next couple years.”