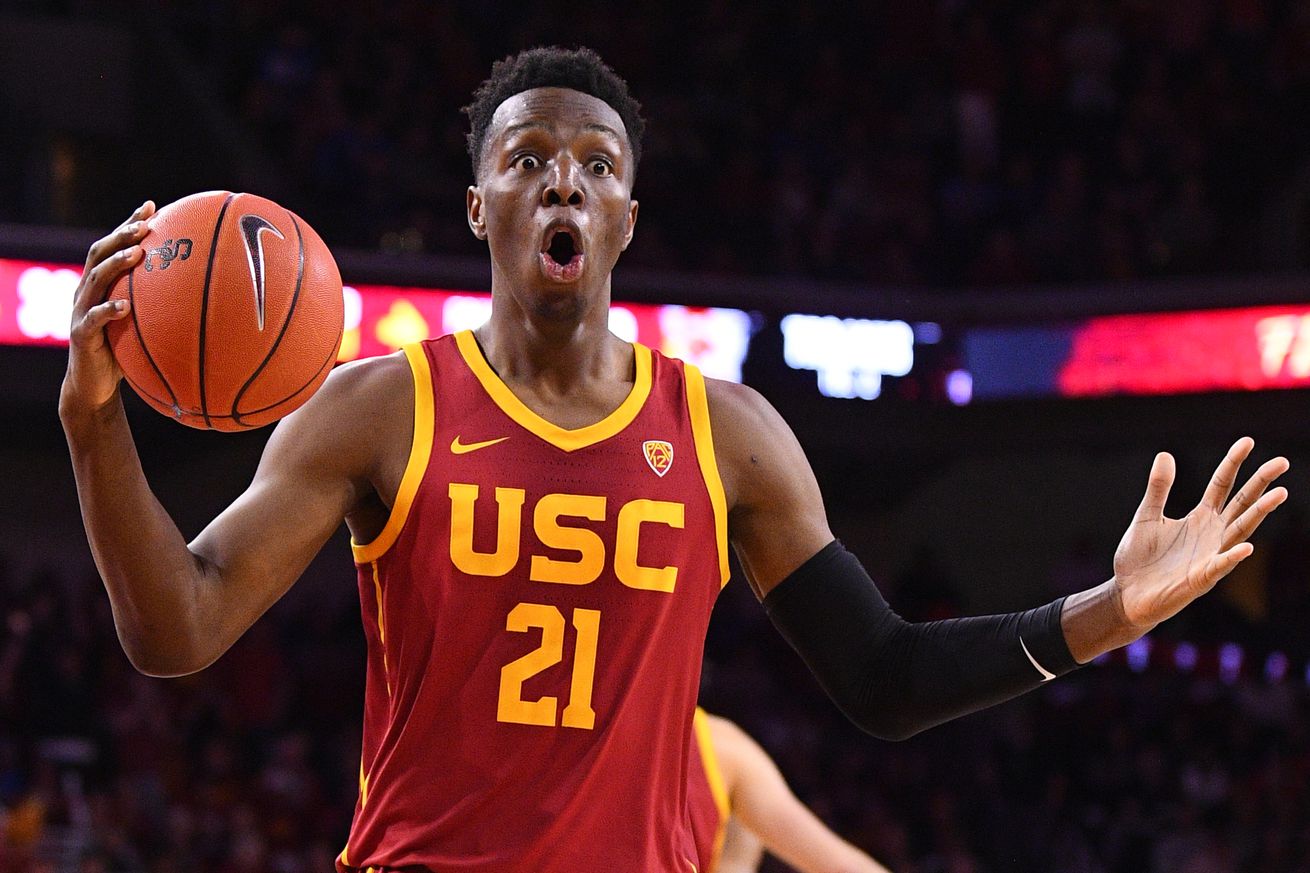 The Celtics enter this draft with multiple draft picks and a roster crunch.

The 2020 NBA Draft is right around the corner, and the consensus is that this year’s draft class is weak, devoid of star-level talent, but deep with role players. It projects to be one of the most volatile in recent years. For the Boston Celtics, there is further uncertainty, as they enter the draft with three first-round picks and a crunch on available roster spots.

Draft picks are like a new car: they’re far more valuable before purchase. They’re tradeable assets before the draft, but far less enticing when they become a physical commodity. With that said, the possibility of packaging the Celtics first-rounders to move up in the draft is an option worth exploring. The question is, who should the Celtics pursue?

Onyeka Okongwu is the player who projects to seamlessly fit into Boston’s style of play. The 6’9 big man out of USC is one of the more athletically gifted players in the draft who can provide vertical spacing on the offensive end while projecting as a potential defensive lynchpin as he continues to develop.

Okongwu ended this season at USC averaging 16.2 points, 8.6 rebounds, and 1.1 assists per contest. Unfortunately, Okongwu does not offer any floor spacing, having attempted a paltry 0.1 three-point attempts per game this season. Instead, Okongwu does his damage in the post, where he flashes throwback-style footwork.

Onyeka Okongwu post footwork, so quick off the ground pic.twitter.com/qLWpVe9cgo

However, it’s not his offense that makes Okongwu such an attractive prospect for the Celtics. With the jury still out on both Enes Kanter and Vincent Poirier, coupled with the health concerns that still cloud Robert Williams‘ future, Okongwu can fill a position of need for the Celtics from day one. A prospective long-term big man rotation of Daniel Theis, Grant Williams, Onyeka Okongwu and Robert Williams would provide the Celtics with a versatile blend of bigs, all of whom are known for their defensive abilities.

Okongwu’s ability to defend on the perimeter and capacity to comfortably be switched onto guards is what makes him such an attractive prospect in Steven’s switch-everything system.

Thanks to his mobility, length, and positioning, Onyeka Okongwu is highly effective in basically every PnR coverage. He can hedge and recover, play both opponents in a drop, or switch if necessary like here. Well-suited to defend the NBA’s bread and butter action pic.twitter.com/dA0xB3VbuS

USC primarily used Okongwu to guard the post and close out on shooters. Synergy tracked him spending 39.4 percent of his time defending the post-up, where he held opponents to 0.8 points-per attempt. While protecting the post is less of a concern in the modern NBA, Okongwu’s role projects as patrolling the paint and closing-out with regularity. When closing out on shooters in college Okongwu had a high success rate of altering his opponent’s shot. Synergy ranked him in the 89th percentile when pushing up on a shooter, holding them to 25 percent from the field.

There have also been flashes of a two-way player from Okongwu, especially in regards to his ability to jump the passing lanes and force a fast break. Having a 7’1 wingspan and impressive change of pace allows Okongwu to force the issue when a turnover occurs. However, the fast break role Okongwu would fill in Boston would be to feed the primary ball handler and fill his lane correctly, offering vertical spacing or setting solid screens.

As all rookies do, Okongwu will enter the league with some flaws. If you’ve been frustrated by Robert Williams‘ tendency to bite on pump fakes, then Okongwu will drive you crazy. Outside of his unfavorable pogo-stick shot defense, Okongwu also has question marks surrounding his timing on the short roll. Okongwu does possess the passing ability to pose a threat, but he does tend to mistime his runs, leading to him wandering into traffic and stern resistance with regularity.

Onyeka Okongwu passing on the short roll. So, so good to see. Crucial for his development and him reaching his ceiling pic.twitter.com/83zqmSMwOk

Overall, Okongwu possesses both the physical and technical attributes to instantly improve the Celtics bench. There isn’t another big in the draft who would fit into the Celtics schematics as seamlessly nor is there another big who would compliment the rotational pieces already at the Celtics disposal.

While there are multiple “high floor” players in this year’s draft, only a select few players project to be regular starters throughout their NBA careers. Okongwu is one of that handful, still capable of growth both physically and technically for the foreseeable future and possibly possessing enough upside to eventually find his name in the Defensive Player of the Year discussion.

Ainge may choose to stand pat and use all the draft picks at his disposal, or he might look to trade some of the picks out of the draft. He could even opt to stash some of the picks in Europe. However, should Ainge be looking to add a high upside rookie who can contribute right away, he should look no further than Okongwu.