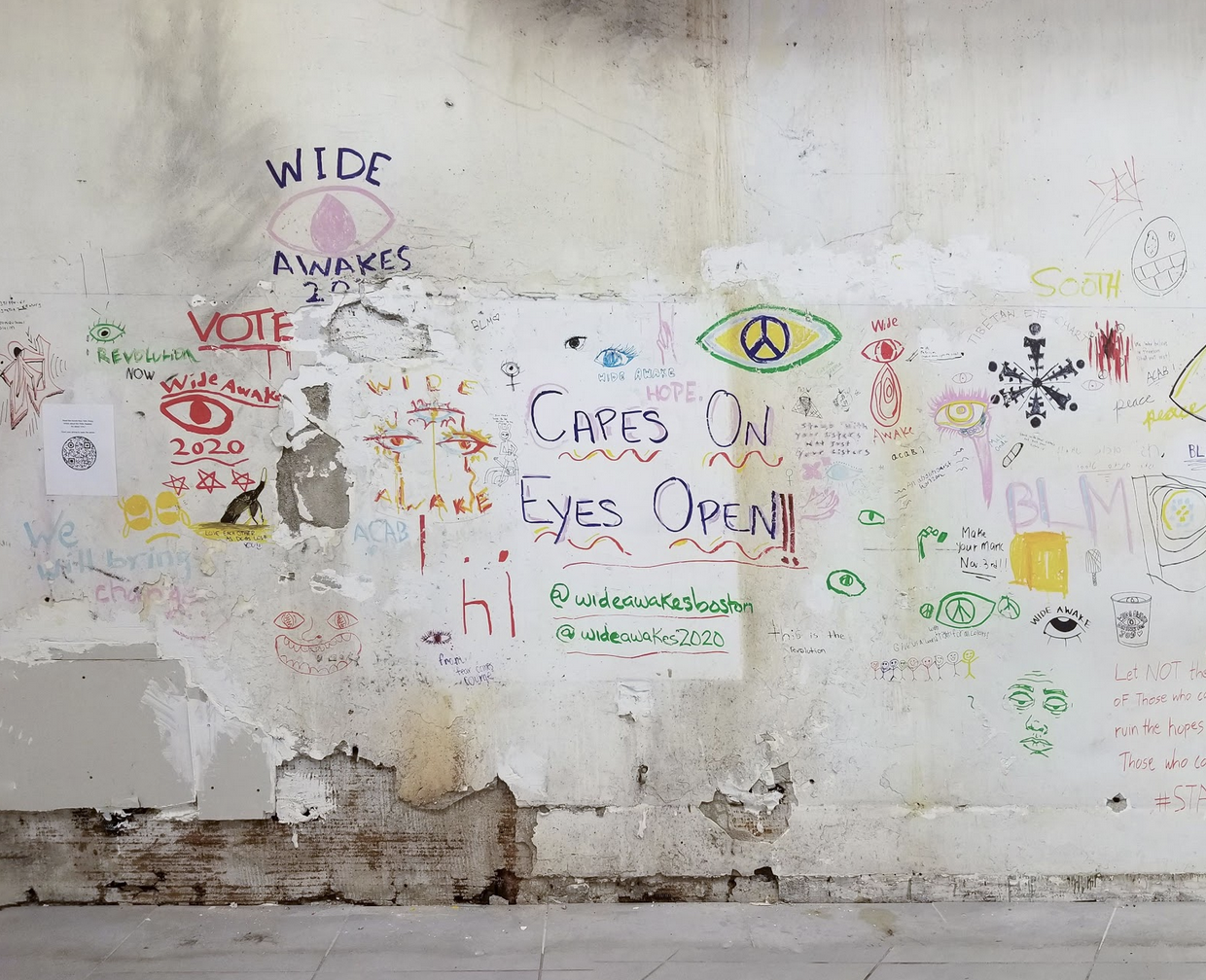 In protest of modern social injustices, Wide Awakes, a civil engagement organization dating back to the 1860s is arising again in Boston. Though groups have organized all over the United States, in cities large and small, and exist internationally in places like Cuba and Australia, focusing on the rights of indigenous populations, the Boston chapter of Wide Awakes was one of the few to see Black and white men marching together to protest slavery during the Civil War. Several of their original glass lanterns used in an 1860 march are on display at the Sandwich Glass Museum on Cape Cod.

Yng-Ru Chen, a local artist and founder of Boston’s chapter, says that the mission of Wide Awakes is now to spark unity and joy. Chen hosted free events the weekend of October 3rd at her gallery space in Coolidge Corner/Brookline to get the community involved in projects that promote voter registration and civic engagement. Starting Friday evening, October 2nd, the artist Jamal Thorne began work on a mural to which anyone could add. Additionally,  The Amplifier Foundation gave away 500 posters in order to bring these issues to light, and most of them were gone by the event’s end. 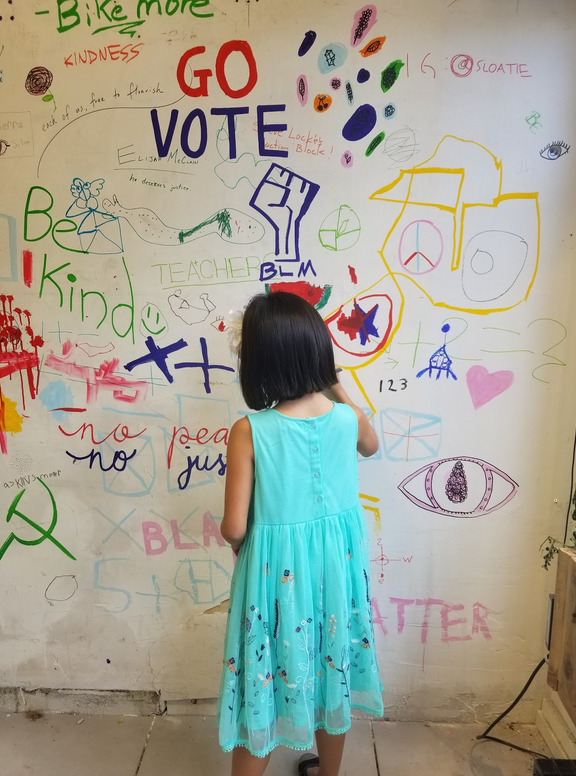 Throughout the afternoon and evening on Saturday, October 3rd, the gallery remained open for visitors. Guests, especially children, were invited to add to Thorne’s mural with sharpies. The artist Ben Sloat, who also heads Lesley University’s MFA program in Visual Arts, created a window installation using soil and plant matter collected from sites throughout Boston; according to the artist, the piece served to question our current understanding of the functions of monuments. The plants will grow over a piece of chain-link fence, overcoming an instrument of exclusion. During the event, Chen also invited the public to list contemporary people and events deserving of modern, inclusive monuments.

Other participating artists included Katherine Mitchelle DiRico, Emily Auchincloss, and Liana Krupp of the Krupp Family Foundation. A DJ provided music for a fun atmosphere, all with the motivational, unifying slogan, “Capes On, Eyes Open.”

Though the coalition’s motivations differ from the direct action techniques they employed in the past, Chen described the modern Wide Awakes movement as very decentralized. There’s even a Wide Awakes Navy for returning veterans, begun by a man from Boston who created banners for “anyone who has a boat,” which originally started in New York Harbor but then expanded to other cities up and down the coast. They may no longer be marching through the streets or protesting, but the focus on coming together to share art is meant to get the message out, to raise awareness of modern social issues.

“It would be great to see some poets, artists, or musicians performing their art somewhere,” Chen said. As we enter this extra-tumultuous election season, and many artists are taking the initiative to encourage people to register to vote, and art comes with a louder political message attached, perhaps coming together and listening to that art is the first step to eradicating injustices everywhere. Perhaps that’s how we get the message out. Perhaps we can remember our capes and all do something to address the injustices on display. 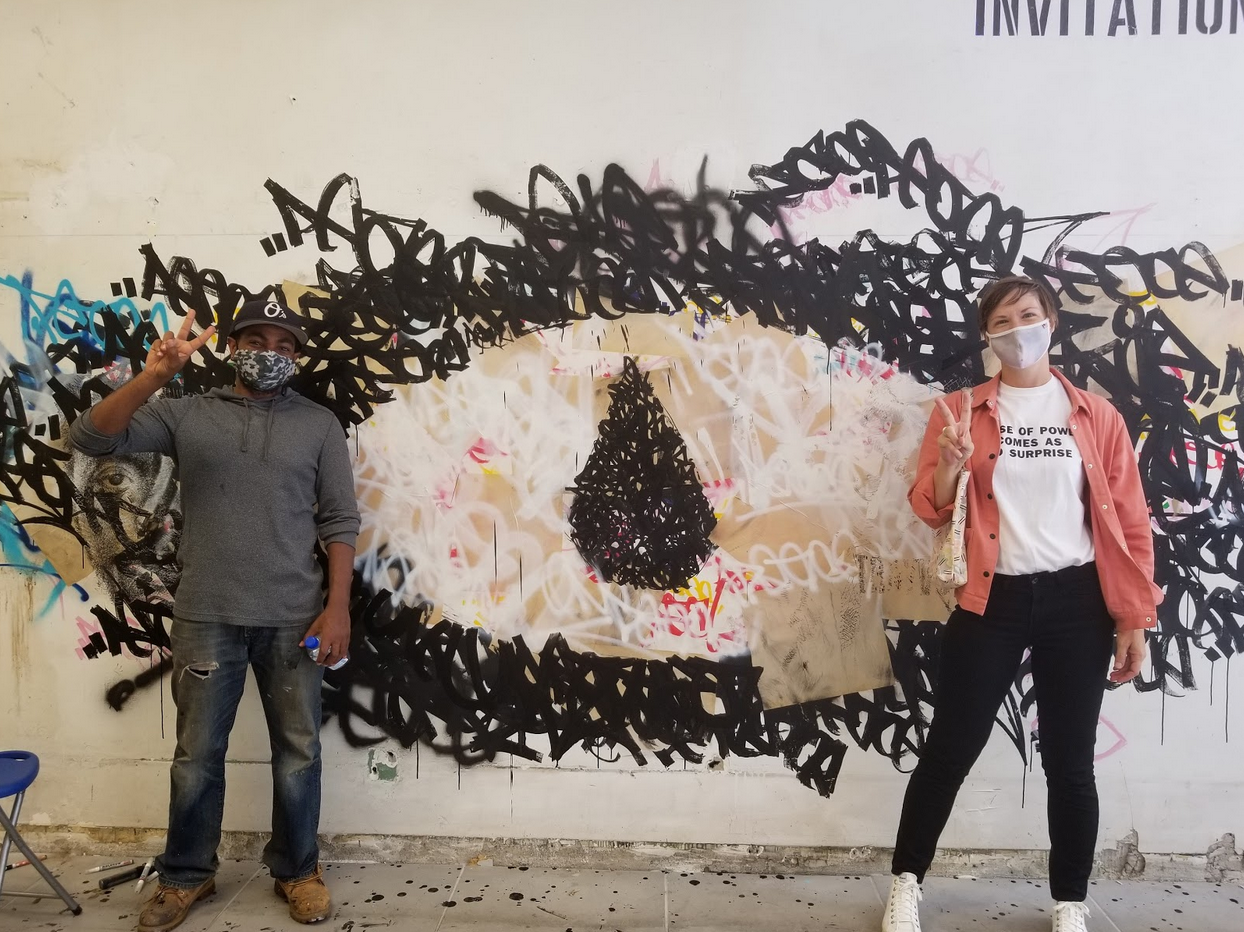