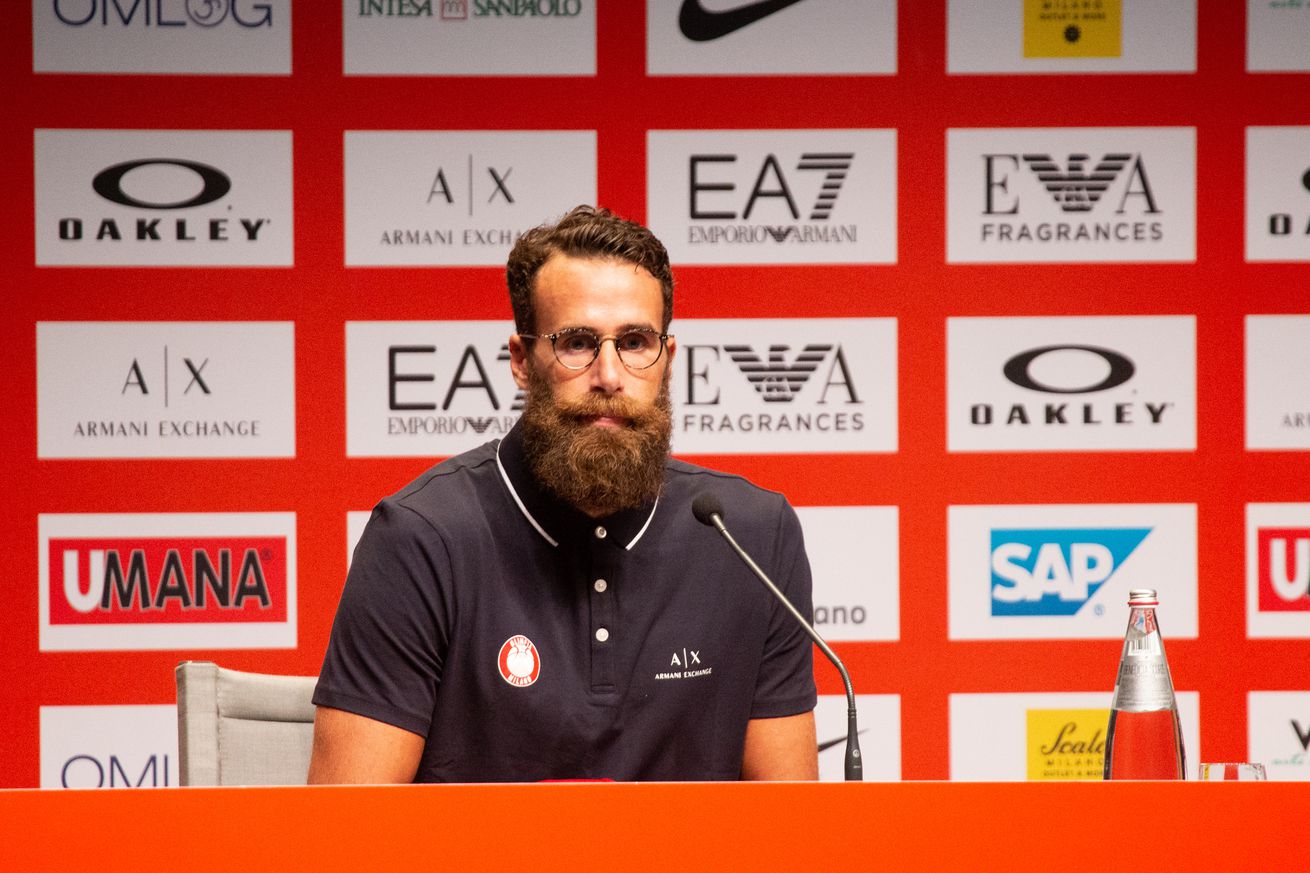 Datome, the former Celtics fan favorite, took some time out of his schedule to reflect on his time in Boston.

On yesterday’s episode of the CelticsPod podcast, former Boston Celtics fan favorite Gigi Datome joined the show to discuss his time with the team during the 2015-16 NBA season.

Datome never set the world on fire during his short spell with the Celtics, but he quickly endeared himself to fans worldwide.

“I still get goosebumps whenever I remember those times.”

While in Boston, Datome shared the floor with rookie Marcus Smart and recently acquired Isaiah Thomas, creating solid relationships with both of them. Datome expressed his sympathies towards Thomas while discussing Smart’s influence during his first professional season.

After leaving the Celtics, Datome traveled to Turkey, where he spent five successful seasons in Istanbul, averaging north of 40% from deep in each of them. To begin this year’s European season, Datome returned to his native Italy, suiting up for Olimpia Milano.

With his career winding down, we discussed his thoughts on retirement and what’s to follow.

Datome touched on his time in the NBA, resenting going to the G-League, and how Datome’s decision to return to Europe centered on playing time.

Becoming a fan-favorite in the TD Garden

Crushing it in Europe

This interview follows hot on the heels of another former Celtic joining the CelticsPod for a unique appearance. 2008 NBA champion Scot Pollard joined the show a couple of weeks ago, to discuss his time in the league, stories from the NBA bubble, and life outside of professional basketball.

Flirting with the WWE

Partying in the TD after 08 championship

With the offseason now in its most tranquil state, having these former Celtics join the show to discuss their experiences playing in front of the crowd at the TD Garden has been an enjoyable break from endless trade speculation.

You can find regular episodes of the CelitcsPod and CelticsPride podcasts on Apple, Spotify, Stitcher, or wherever else you listen to your podcasts.