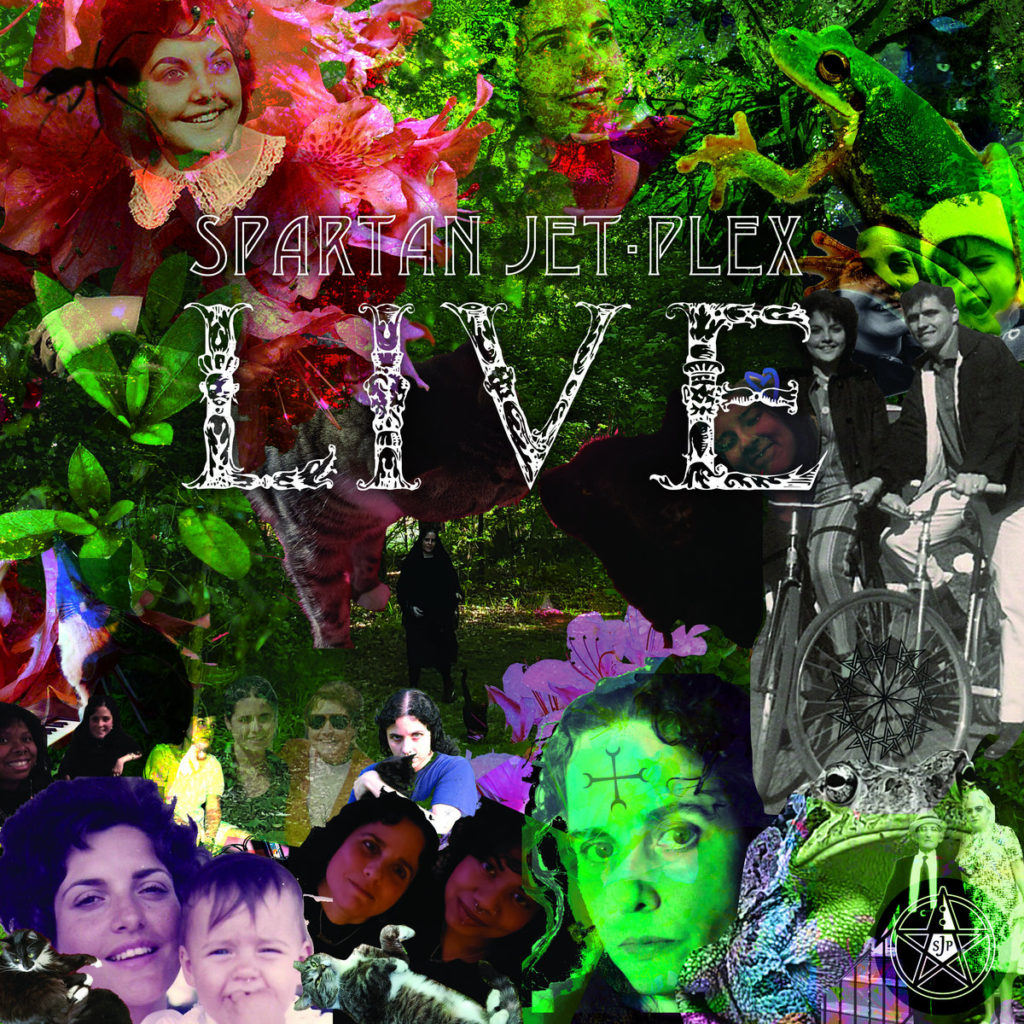 The best way to describe the new album “Live” by Spartan Jet-Plex aka Nancy Grim Kells is “goth folk”. This album was released September 13th off of Virginia’s own Grimalkin Records, which dear reader, if you have been paying attention is the very same label and collective that Kells cofounded back in 2017-2018, but more on that later. Goth and folk, you may think, the two genres seem pretty antithetical. However Spartan Jet-Plex bridges these two genres seamlessly and sensibly. The album is filled with sweet, soulful, catchy songs and ballads threaded with clips from Dark Shadows, a 60’s and 70’s soap opera that took on the occult, as well as ominous synth tones and sounds from nature.

“I sampled Dark Shadows heavily — the old 60s and 70s show.. it’s so campy and bad but I have this fascination with soaps…” says Kells during our interview that took place on a hot August day over the phone.

Given the pandemic, Kells has had a lot more time on their hands to not only work on Grimalkin Records, but the social distancing measure put in place because of COVID-19 also let Kells focus on their own music much more. “Live” is the voluminous fruit of this newfound leisure time, and the world is that much brighter with this album than without.

“I was only playing out live for about a year and a half I think, January 2018. I never thought I’d do that because I have a lot of stage fright. But, I basically decided I was going to do something that was out of my comfort zone.” says Kells of the making of the album.

“It was really great for me because I sucked at first but I felt good after the last show I played before the pandemic shut everything down. It really helped my music a lot.”

The album, according to Kells, is supposed to be a mirror of a Spartan Jet-Plex live set and is comprised of both old and new songs. My favorite tracks off this album are “Be Destiny” “Material” and “Circle”, with “Circle” being my particular favorite.

“The song “Circle” is all about processing my relationship with my mom.” Kells says thoughtfully. In fact, the release date of this album, September 13th 2020, marked the ten year anniversary of Kells’ mother’s death.

“Circle” is exceedingly heartfelt, sensitive, and is cleverly bookended by two particularly spine-tingling Dark Shadows’ cuts to soften the hard emotional impact the song has. The lyrics are poetic and simple yet profound as they are throughout the album.

The album is accompanied by a video, technically making this album a video album as well. The video (above) is an interesting visual experiment put together by Kells and fellow Grimalkin member Rafael de Toledo Pedroso.

Now about Grimalkin records, “What is that?” and “Why should I have presupposed knowledge of this label?” are both great questions dear reader. One, Grimalkin Records is, according to their website is “a queer focused record label and artist collective prioritizing QTBIPOC (especially Black artists) and supporting grassroots organizations through DIY releases.” You may have heard about Grimalkin records through their dealings with Montreal rapper Backxwash or Philadelphia pop musician Don’t, do it neil, a few of the many talented musicians that Grimalkin seems to find and nurture with ease.

But it is important to remember that Grimalkin isn’t your typical label.

In Kells’ words, “I might have cofounded and started it — I don’t want people to think I am the leader or the manager. I facilitate it and do all the day-to-day but we are definitely trying to be a collective and evolve more and more. I’m doing tasks that are being led by other folks in the collective, notably Black folks and POC folks in the collective, but we make a lot of decisions collectively.”

Grimalkin is a collective in the truest sense, and one that has DIY roots and active members in the Richmond, Va scene, but spans continents and oceans. You can’t put Grimalkin’s musical offerings into a neat genre box. And “Live” by Spartan Jet-Plex is a great embodiment of that as the music straddles moods and appeals.

From the time of our interview until now, Kells has been busy with even more music, releasing a five-song video EP on Halloween, just a few weeks previous.

For me, my next step after writing this review will be to watch some Dark Shadows and checking out (and purchasing!) the ever-growing Grimalkin Records collection. And I recommend you do as well. 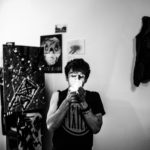 Chris Hues is a human & writer from Boston, Ma & Associate Editor of bostonhassle.com. //// They can be reached at [email protected] or @crsjh_ via instagram & twitter.