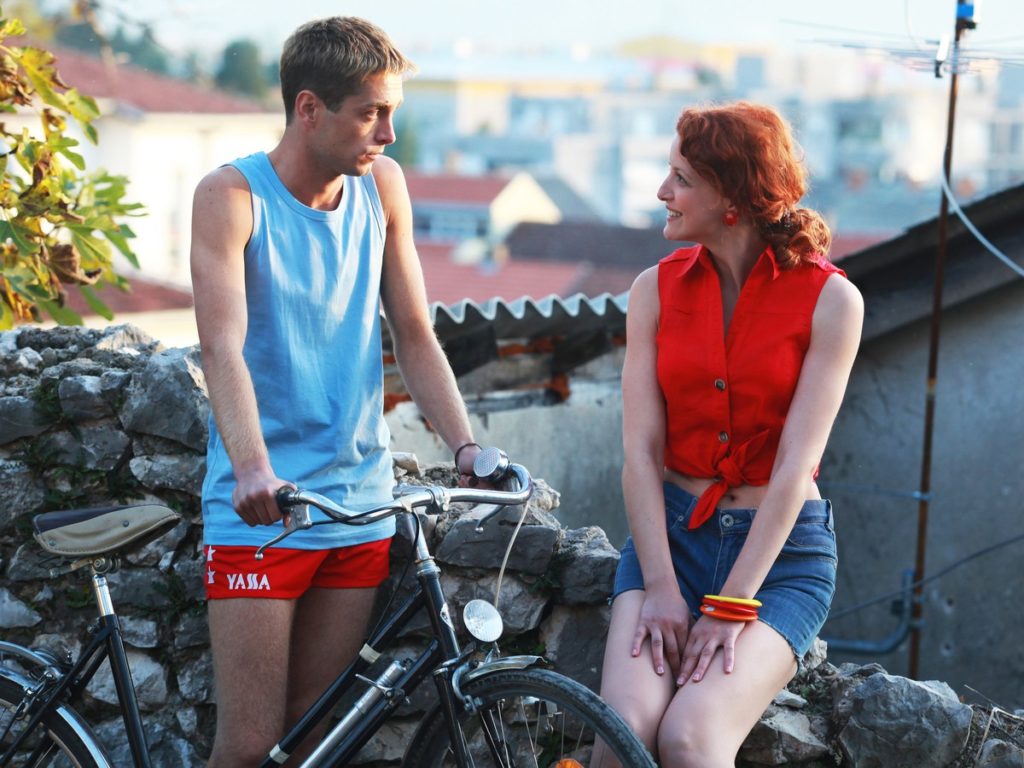 Azra (Jelena Stupljanin) and Martin Buntić (Boris Ler) pause their search for the cat and go for a quick swim.

Cinema Quarantino is an ongoing series of alternative streaming picks for the self-quarantined and the socially distanced, as selected by the film staff of Boston Hassle. To browse the rest of our picks, click here.

THE STREAMER: Amazon Prime
Bosnian filmmaker Danis Tanović’s Cirkus Columbia is one of those hidden gems of modern Eastern European cinema that, had it been made in English, it would have been a serious contender for multiple major categories at the Academy Awards. Unfortunately, its limited Bosnian audience has, for the most part, confined the title to relative obscurity.

Though it is set in Herzegovina in 1991, just after the dissolution of communist Yugoslavia and overlapping with the Yugoslav Wars, Bosnian politics are part of the film’s main attraction. Divko Buntić (Miki Manojlović), a Bosnian expatriate in Germany, returns home for the first time in over 20 years, along with his fiancée Azra (Jelena Stupljanin) and his sickly black cat.

A rich and sullied man, Divko immediately evicts his soon-to-be ex-wife Lucija (Mira Furlan) and his son Martin Buntić (Boris Ler), whom he has never been a father to. Martin, obsessed with radios, sneaks back into the apartment he was just evicted from through the skylight so that he can tinker with his radios for the night. Martin falls asleep and the cat escapes through the skylight that Martin left open—for much of the runtime, Martin and Azra search together for it while the pending war creeps closer.

Tanović, the director of the rather blunt critical darling No Man’s Land (2001), makes no effort to hide the film’s political workings. Men of the older generations seem to hate each other for what feels like no reason; sure, the dialogue drops hints at who’s communist or anti-communist, but the characters’ individual politics never factor into their motivations or personalities. Tanović’s direction makes their hatred feel groundless and pathetic.

Likewise, the new romantic partners (and partner swapping) that various characters find mirror 1990s Bosnia’s changing political allegiances and dependencies. Divko, driving an American car and a complicated romantic life, ends up making a choice that transcends the flimsy (and to Tanović, often meaningless) politics dividing Bosnia and Herzegovina—and for that, Cirkus Columbia, despite its original Balkans context, is a movie ripe for a 2021 American audience.