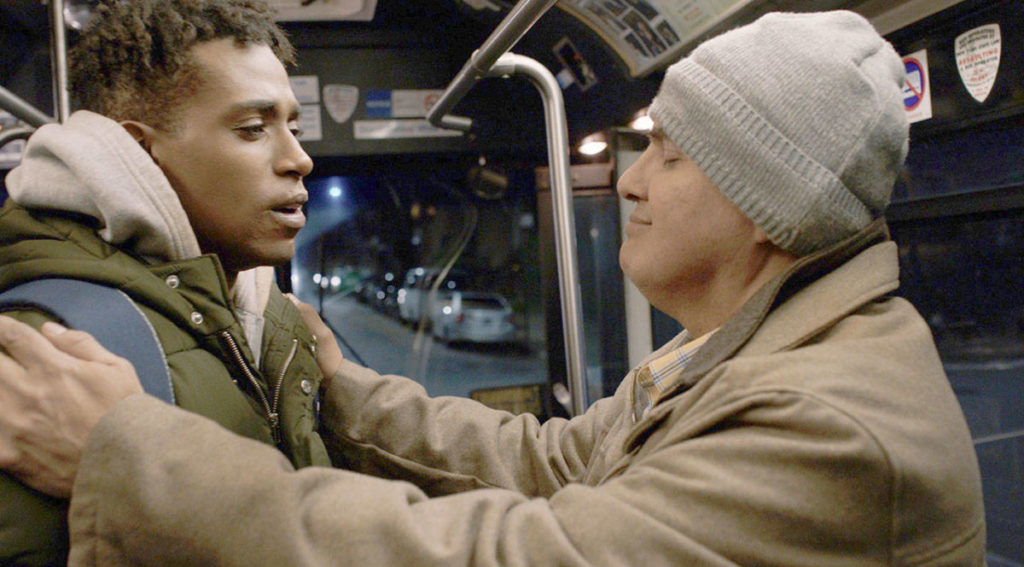 It’s about that time again. The 93rd Academy Awards is scheduled at the end of April, so there is plenty of time to get cracking on the same ten movies that have been nominated across the board. However, for the little guys and their smaller categories, their chances of winning is more within their grasp than Gary Oldman reaching for his fat suit hanging in the closet. Starting Friday, April 2, the Coolidge Corner Theatre will have all nominated short films — animated, live action, and documentary — in their virtual screening program. Watching movies is fun, and betting during awards season is another kind where know-it-alls can get both immersed and wrecked. Let’s get on it and argue!

Perhaps unintentionally, the recurring concept for this category’s nominations is the notion of home. In three of the nominated films — Feeling Through, The Present, and Two Distant Strangers — home is a place of respite where our main characters are trying to get to despite the obstacles that stand in the way. In White Eye, “home” is less certain, and could even weaponized against unwelcomed immigrants in foreign countries. If we dig even further, the idyllic dream of something comforting and familiar can be illusory, as in The Letter Room. Call it home, call them lost. Whatever it is that they’re searching for, it’s probably more than just a bed. Let’s take a look at this year’s nominations for Best Live Action Short Film.

The nominations for live action might seem like they’re stronger than the animated category, mostly because the strengths of these contenders are more equalized across the board. I don’t think any of them exhibit as much creative prowess as Genius Loci or Opera do, which might leave one less fanatic about a project. That being said, I can see that most will strongly respond to Two Distant Strangers, starring rapper Joey Bada$$ as Carter, a man who is trying to get home from a one-night stand when he is murdered by a white police officer. Instead of becoming another name on the news, Carter wakes up again in the same scenario, only to die again by the hand of the same officer. And it happens all over again. Two Distant Strangers has the highest entertainment value out of the five, but at a very sick price of dark comedy. I think it takes a delicate balance to be qualified in such a genre, but in this case, Carter’s traumatizing deaths are quite disturbingly brash against the satirical relief of Bruce Hornsby’s music and cutesy quips provided by actress Zaria Simone. It probably doesn’t help that the cop looks like Freddie Krueger — well, I guess it does in the scheme of things. 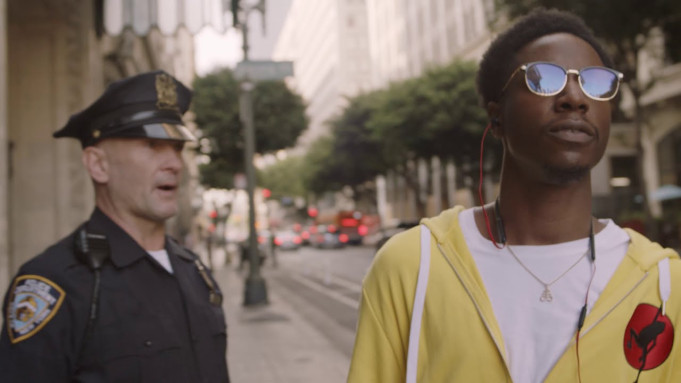 Speaking of which, it’s interesting that most of these films use law enforcement from different fields as an antagonistic hurdle. The two non-US nominated films are from Palestine and Israel, and both share an unkindly portrayal of border security. Farah Nabulsi’s The Present should have been an ordinary man’s innocuous trip to the West Bank with his daughter to retrieve a refrigerator on his wedding anniversary. Lo and behold, things are difficult at the security checkpoint, and though he has the common sense not to argue with the cocky men with guns, no man has the time to be humiliated in front of his daughter. It’s a frustrating situation that escalates from having a day soured to the deep implications of an armed, occupied land. In White Eye, an Israeli man finds his stolen bike locked outside on a corner and tries to break it free. An Eritrean food worker comes out of the building and claims that it’s his, since he bought it from someone. The man calls the police, which at first seems frustrating, because perhaps the collective progressive us/we know better than to involve the police in a compromised dynamic. But when you remember it’s been ingrained in us to believe that the police protect and serve, you best realize that this frustration is talking right back at us.

Elvira Lind’s The Letter Room is a more lighthearted feature of a corrections officer (Oscar Isaac) who becomes in charge of filtering mail for prisoners. No contraband, porno, terrorists, the whiteboard in the room reminds him. It doesn’t matter; right away, he is engrossed in handwritten letters from Rosita (Alia Shawkat), who seems devoted to a death row inmate. The film wouldn’t be alive if it weren’t for Isaac’s mustached, bumbling attitude, putting a certain charm in snapping on skin-tight gloves or shaking a bottle of salsa verde. His character calls for him to be blunderous, and then consequentially remedial for his actions, and The Letter Room neatly ties it up without needing to expound on Isaac’s humanity.

On the other hand, the lack of police presence in Feeling Through, where a DeafBlind man is standing on a corner with a written note saying that he wants to get home, is very much duly noted (but again, I can happily go on without humanizing). It’s worth mentioning that this is the first film to star a DeafBlind actor, Robert Tarango, who plays Artie. Steven Prescod is Tereek, a teenager who is worried about the next place to crash for the night before he spots Artie on the corner. Tereek’s selflessness in taking care of Artie before himself is the same kindness that I’d expect to see in a holiday advertisement, except there’s no product gratification at the end of this. As a whole, there’s nothing really extraordinarily good or bad about it, so I’ll at least commend it for its exposure.

WHAT SHOULD WIN: White Eye

WHAT WILL WIN: Two Distant Strangers

Initially, I kept going back and forth on White Eye. Is it good, or did I like it because it was a continuous shot? But I think about the moment when the man goes through the facility after the police are summoned and accidentally opens the walk-in fridge where all the rest of the workers were hiding, and remember thinking, “Okay, that’s the winning scene.” To be honest, I don’t have full confidence in guessing a winner. I can see maybe three of the short films sharing a similar probability, but it’s no fun if I half-heartedly put my eggs in a few baskets for the sake of being right. Two Distant Strangers is certainly not a bad film, and I think it has the most provocative gravity in audience response to have an impact outside the awards season (maybe even more so if Keith Knight’s Dope didn’t already exist). Its market appeal to the general audience is the only reason why I think it’d win, but I wouldn’t hate myself if I were wrong.

Available to watch digitally via the Coolidge Corner Theatre Virtual Screening Room, and in person at Kendall Square Cinema (though, as always, please be careful)