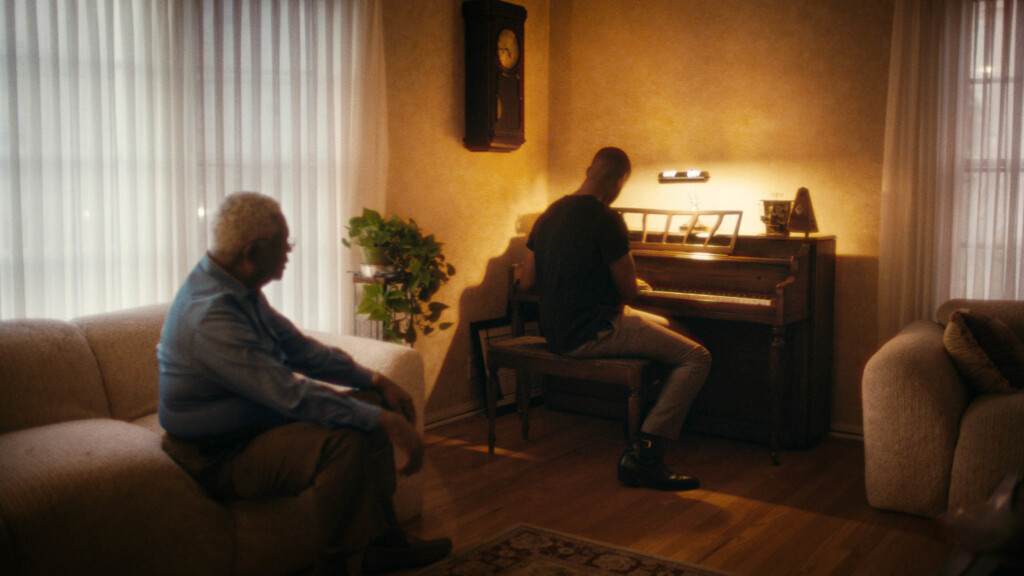 It’s about that time again. The 93rd Academy Awards is scheduled at the end of April, so there is plenty of time to get cracking on the same ten movies that have been nominated across the board. However, for the little guys and their smaller categories, their chances of winning is more within their grasp than, well, potential winners and the actual award standing outside their door. Starting Friday, April 2, the Coolidge Corner Theatre will have all nominated short films — animated, live action, and documentary — in their virtual screening program. Watching movies is fun, and betting during awards season is another kind where know-it-alls can get both immersed and wrecked. Let’s get on it and argue!

$1.79 for orange juice. Starvation. Independence. Reconciliation. Even in their most convoluted forms, problems seem so simple and clear-sighted in a well-done documentary. The answers aren’t as easy (imagine if they were– Al Gore would have been the savior of climate change two decades ago!), but they do give the space for processing and emotionally reacting. In either long or short format, documentaries share the same capacities of revealing humanness in the grand spectrum of difficulty. This time around is no different than the others. Let’s take a look at this year’s nominations for Best Documentary Short Film.

Firstly, I find it wild that the average length of this year’s short documentary films are about 2.5x more than the animated films (Hunger Ward nearly passes the maximum limit to be classified as a short film in Oscar-speak). While the efforts of an animated film can literally be counted by frames-per-second, documentaries need the time to stretch and breathe into its story so that the audience can do the same. All the while, I think each of the nominations had a chance to properly demonstrate why their story deserved the spotlight. With a selection of different tales, determining what story “wins” seems ethically weird to do. 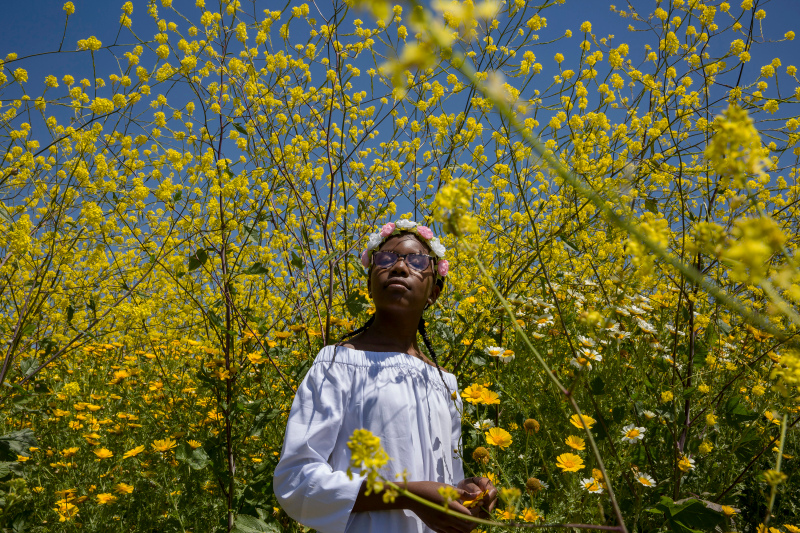 Sophia Nahli Allison’s A Love Song for Latasha is the most recognized title out of the five, undoubtedly due to Netflix’s backing support. Before the 1992 LA Riots, tension was swelling between different communities of color, particularly for the Korean and Black communities. Latasha Harlins, a then-15-year-old teenager, was accused of stealing an bottle of orange juice and was shot dead by a Korean storekeeper. But, as the title suggests, this documentary is less intended to incite a versus-battle and more about reuniting a ghost’s past with the speculations of what-ifs. It’s sad to a degree, but Allison’s thought process into beautifying the negative space makes it seem hopeful, even if things don’t deserve to be.

In another sort of reconciliation, both Colette and A Concerto is a Conversation revisit the past through living history and holds their hands into the future. Lucie, a history student, takes 90-year-old former Resistance fighter Colette into the German labor camp where her brother had died. It’s a challenging restoration toward peace of mind, especially since his death caused a dissonance between Colette and her family. In A Concerto is a Conversation, director and renowned composer Kris Bowers has a sit-down conversation with his grandfather, whose livelihood has been based on taking over a dry cleaning business when he was a young Black man, making the path to Bowers’ success all the more meaningful.

Hunger Ward and Do Not Split are more focused in the present, in which current horrors are happening across the oceans. Hunger Ward, set in Yemen, revealed the atrocities of food famine as patients — babies and children — are hospitalized for the lack of nutrition. The film briefly touches upon the bombing that occurs and how chaotic the living conditions are, but it boils down to a very simple point: they need food. Do Not Split is a matter of complicated relations between China and Hong Kong, but it, too, can be simplified: free Hong Kong. Norwegian director Anders Hammer started to film in 2019 when Hong Kongers protested against China’s proposed policy of sending criminal suspects to mainland China. The tension between the two amplifies when Hong Kongers declared their five demands, including the end of police brutality that had been experienced during their protests, and China responded with a national security law — government-speak for erasure of free speech. It is highly kinetic, as the cameras follow the protestors at street-level. When the pandemic hits and vacates the streets, we can feel the momentum of the story perched on rooftops, waiting for the right moment and strikes.

WHAT SHOULD WIN: Do Not Split

WHAT WILL WIN: A Love Song for Latasha or Do Not Split

For the record, I enjoyed A Concerto is a Conversation. Alex Ross’s article about white supremacy in classical (originally called “Master Pieces” in the print version of The New Yorker) is not exactly eye-opening (because white men! dominating an “elite” form of art!) but did address an glaring issue in representation. Bowers, who has worked with the likes of Jay-Z and Kanye West on their collaborative Watch the Throne, as well as big-name projects like Green Book and When They See Us, makes first-time directing look so easier. However, I feel as though a lot of these New York Times Ops-Docs are what I would consider “coffee shop docs.” The soft focusing and lighting is so inviting and cozy and the topic is clean yet conversationally sharp, leaving the discussed struggle to be present but muted. This could win, and that would be the safest choice. It’s sort of the same hype that might be coasting in for A Love Song for Latasha, but at least this film has its own interpretation of space and words that extrapolate from the general face-to-camera dialogue. 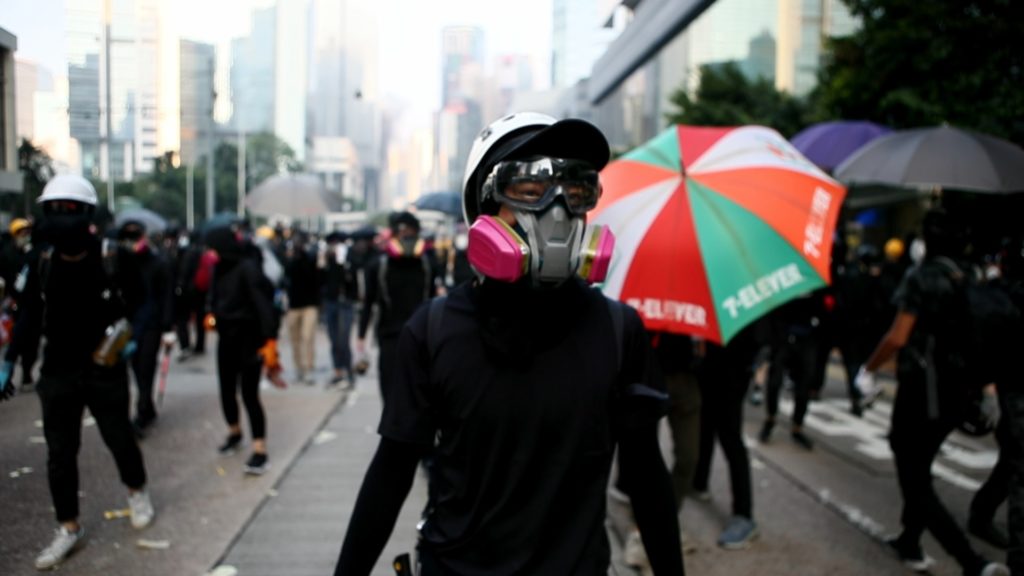 But if we’re talking about energy, it’s Do Not Split. I rarely say this about any movie, but the title itself is near perfection. It invites an urgency and demand, which fits right along with our protestors — vigilante and hero, weary and dutiful. More importantly, it stresses the importance of needing to stick together, beyond the protests and the pandemic that tails the end of the film, in order to move forward together. It’s honestly cool and punk, especially as China banned broadcasting the Oscars because of this very nomination, and that’s enough to get excited about. Also, justice for 76 Days.

Available to watch digitally via the Coolidge Corner Theatre Virtual Screening Room, and in person at Kendall Square Cinema (though, as always, please be careful)