The “Paul Cézanne: Influence” exhibit, on display at Museum of Fine Arts Boston, allows the viewer to momentarily step back in time, to experience Cézanne’s creative works first hand. This exhibition is shown off at Lorna and Robert Rosenberg Gallery until October 17th, 2021. 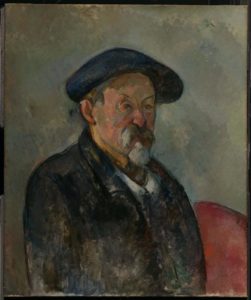 Paul Cézanne, born in 1839 in Aix-en Provence, France, was an astoundingly incredible French painter. During the late 19th century, Cézanne took strides away from the art direction of Impressionism, and focused his attention towards that of Cubism. Similarly to Picasso, he quickly became a shining star in the abstract art movement of the 20th century. As he oozed talent as an oil painter, he was able to breathe life into many genres of art, including portraiture, landscapes, and still life.

Cézanne always found himself surrounded by fellow artists, including Emile Zola, a writer who later became one of the most highly respected literary figures of his generation. Cézanne and Zola were truly partners in crime, and often called themselves “The Inseparables.” In 1861, the pair made the journey to live in Paris together. While enjoying the Parisian life, he often spent his days in the Musee du Louvre, where he’d draw inspiration from the work of some of the greats — Michelangelo, Rubens, and Titian. Days were also spent at Academie Suisse, an art studio where young artists were able to capture sketches from live models. During his time at this studio, he met fellow artists Claude Monet, Auguste Renior, and Camille Pissarro. At the time, all of these young artists were struggling to get a name for themselves in the world of art. Ironically, years later, these same struggling artists became a few of the faces widely associated with the impressionist movement.

In the process of studying Cézanne’s art journey unfold throughout this exhibit, it is quite coherent to the observer that the year 1870 caused a great shift of style in regards to his artistic expression. Two key components that caused this shift was his move to L’Estaave in the South of France, in hopes to avoid military draft and to create a closer bond to impressionist Camille Pissarro. Cézanne found his surroundings to be a great muse whilst living in L’Estaave, taking inspiration from the glorious sun rays that always seemed to be present and the colors of his surrounding life. A softer style of brushstrokes and a more lively color palette were also adopted during this time period of new beginnings. Two years later, a return to Paris occurred, where Cézanne became a father, and later, a husband. 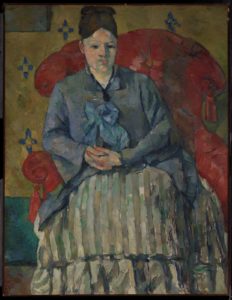 One of Cézanne’s well-known pieces, “Madame Cezanne in a Red Armchair,” is featured in the “Paul Cézanne: Influence” exhibit. The oil on canvas painting captures the image of Hortense Fiquet, Cézanne’s wife. One would like to think Hortense was quite a muse to Cézanne and his paintings, for she appears in almost 30 pieces throughout his extensive library. This particular portrait shows her sitting with a dull expression on her face and hands folded together in her lap. The green-ish background is accompanied by a red armchair that she sits in like a wooden doll. Slight hues of green appear resting on her faces to show the realistic structure of her cheeks and jawline. This style of painting greatly reflects Cézanne’s comment on his own work as a “harmony parallel to nature.”

Putting Cézanne’s work into words is a difficult task to take on. Cézanne was a brilliant man and an even more brilliant artist, who made breakthroughs in the art world that are still praised to this day. One could say he causes the viewer, and even other artists, to look at artwork in a different light. His artwork lives on to this day, inspiring and churning creative sparks in anyone who crosses paths with his paintings. 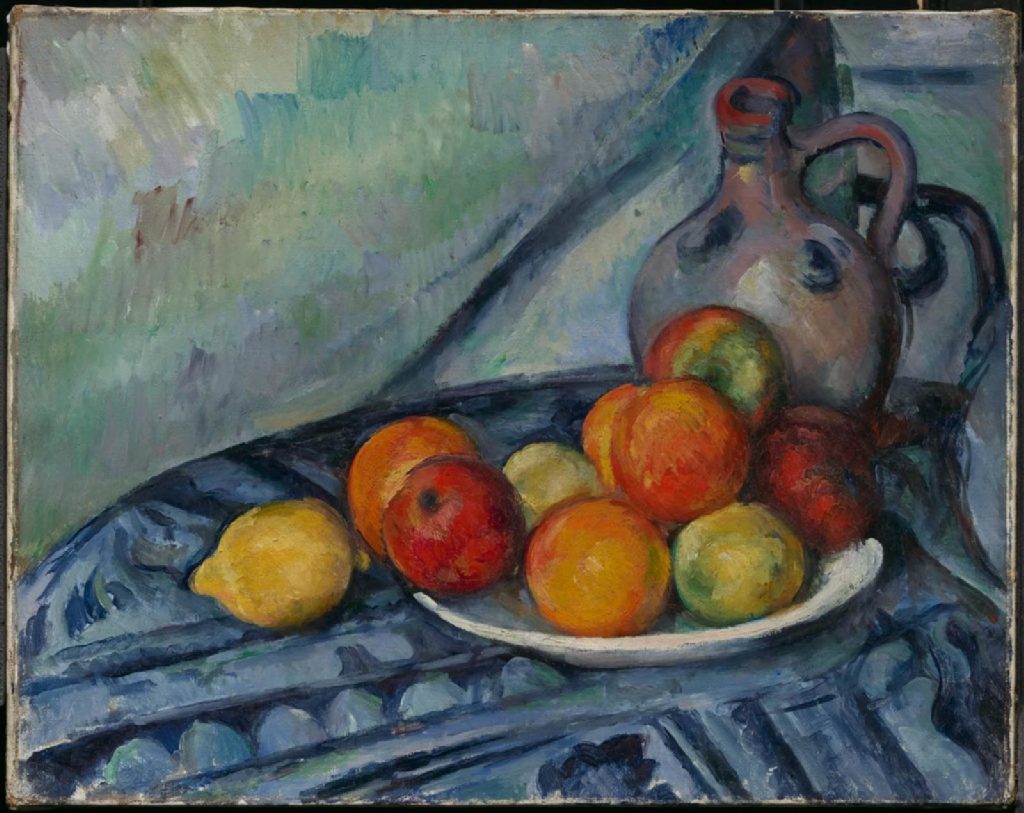