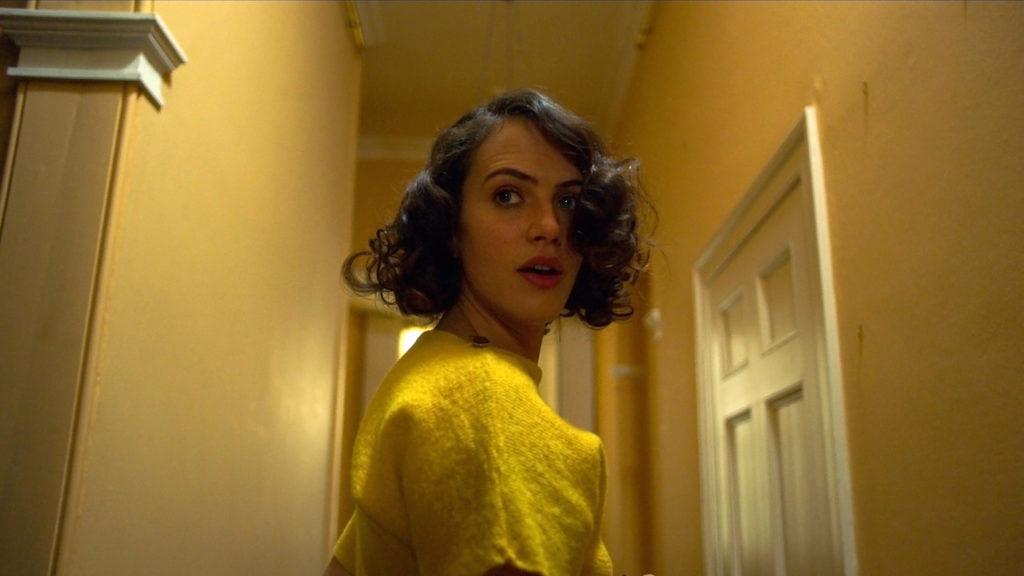 One nifty thing about horror is the way that certain monsters lend themselves to specific strains of social commentary. Aliens, for example, serve as a handy stand-in for our fear of the unknown other (not for nothing do they call it “xenophobia”), while zombies represent anxieties about our friends and neighbors. Werewolves are a literal manifestation of the primal, raging id, while vampires, with their swarthy good looks and penchant for, uh, sucking, are a perennial foil for uptight sexual mores. Of all the symbolic monsters, however, perhaps none are as timeless and universal as the ghost. Ghosts can represent a lot of things, but they ultimately boil down to the spectres of the past, on account of the fact that they are, literally, spectres of the past. If you have ghosts, chances are you’ve got some dark, long buried secrets that need to be reckoned with– no matter how many generations removed.

In The Banishing, the new spookshow from Creep director Christopher Smith, the phantoms are visited upon a particularly lost village in pre-war Britain. Soft-spoken Linus (John Hefferman) is installed as the new vicar of a small town by the magnanimous Father Malachi (John Lynch). At first, the position seems like a dream job, as Linus is put up in a sprawling manor house with his wife, Marianne (Jessica Brown Findlay), and daughter, Adelaide (Anya McKenna-Bruce). What they don’t know, however, is that the house has a sinister past: the previous vicar brutally murdered his wife and hanged himself, a fact efficiently covered up by Malachi (“They moved to the colonies!”). Sure enough, eeriness abounds: a mysterious thump here, a set of creepy dolls there, reflections that move just a little out of sync. With Linus steadfastly ineffectual, Adelaide seemingly possessed, and Malachi clearly at least as malevolent an influence as the ghosts, Marianne soon realizes that her only hope lies in Harry Reed (Sean Harris), town pariah and notorious occultist.

The Banishing is a slight film, but it’s not without its charms. Chief among these is the way Smith utilizes his locations.The manor house, with its dim lighting and mid-century UK kitsch, is an ideal setting for a ghost story, walking that razor’s edge between menacing and mundane (in a few scenes, Marianne’s floral-print dress nearly blends with the floral-print wallpaper, creating an almost psychedelic effect in an otherwise expository scene). It’s also fun spotting the bits of set dressing that will clearly come into play later: the dingy, deliberately placed mirrors, the dark, walled-off corridors, the incredibly evil-looking dolls that happen to be waiting in Adelaide’s room. Each of these elements plays out predictably, but that’s part of the fun of this kind of movie: the anticipation of the scare, as much as the scare itself. 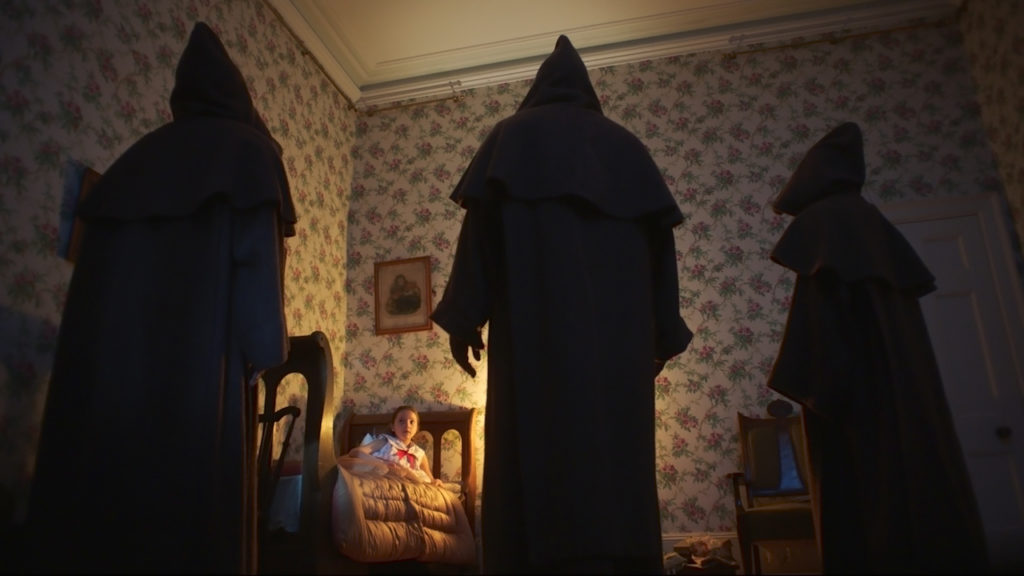 Smith also plays with the ghosts of the past, both within the story and on a meta-narrative level. It doesn’t seem like too much of a spoiler to reveal that the spirit inhabiting the manor is looking to right a past injustice, and that its presence is strongly linked to the town’s conservative Christianity. But we also see hints of then-current events which would go on to haunt the generations to come. When Marianne takes Adelaide to see Snow White at the local cinema, the film is preceded by newsreel footage of Hitler’s troops marching across Europe. Later, when Malachi arrives in a local pub to intimidate Reed, the occultist insinuates that the priest may have ties with certain foreign, right-wing forces. Our protagonists may be able to come to terms with their own hauntings, but they’re powerless to stop the phantoms to come.

All that being said, The Banishing never quite rises above its trappings. There’s a certain lack of focus that keeps the film from entirely clicking: the scares feel somewhat listless, and the characters are never quite as fully sketched as they need to be to sell some of the later dramatic beats. Had Smith managed to zero in on just a handful of the elements at play– just the mirror gags, or just the whispering dolls, or just the people who may or may not be milling about just on the other side of the walls– he might have created a winningly taut little thriller. As it stands, the proceedings are just a little too muddled to gel into a fully appealing whole.

In the end, The Banishing may be something of a victim of timing. Had it come out 15 or 20 years ago, when the landscape of horror was decidedly more desolate, The Banishing may have succeeded as a refreshingly smart direct-to-video release, a rental-sleeper in the tradition of Session 9 or Dog Soldiers. Released today, however, when independent filmmakers and Hollywood studios alike are regularly turning out above-average genre fare, it just doesn’t do enough to stand out from the pack. It’s a decent enough little movie, and I wouldn’t dissuade anyone from watching it, but I’m also not sure how long it will haunt my memory.