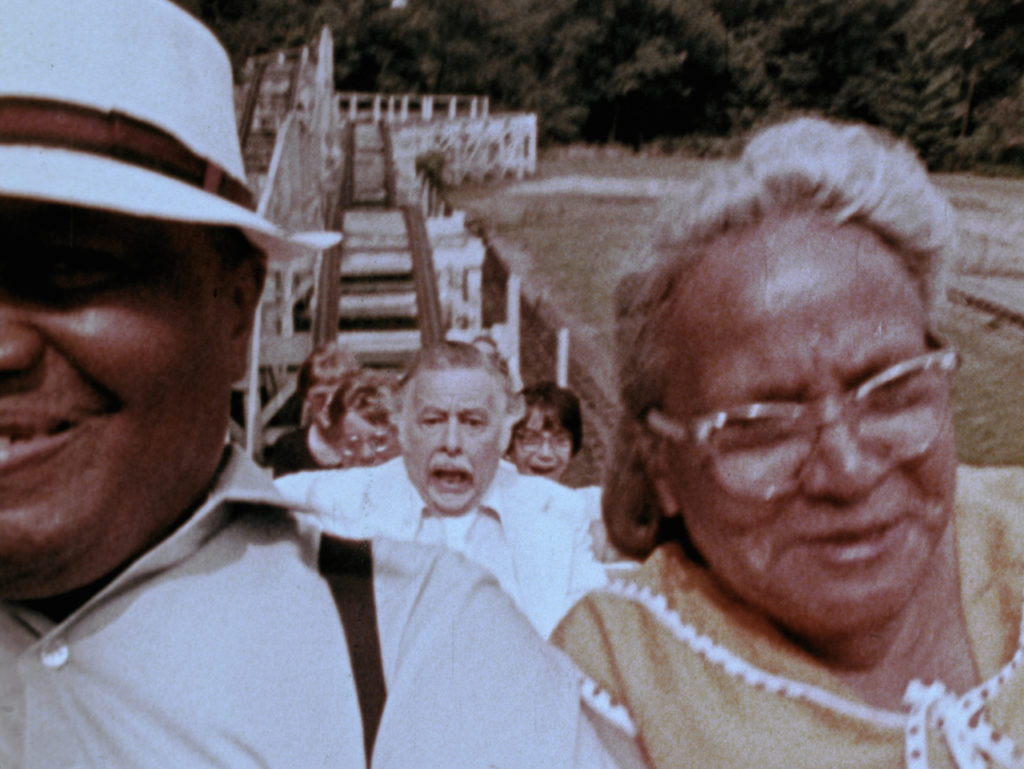 When George A. Romero passed away in 2017 at the age of 77, he left behind a towering legacy. His 1968 breakthrough Night of the Living Dead was one of the first truly independent films to achieve blockbuster status, and did every bit as much to bust taboos in American cinema as Bonnie and Clyde or Easy Rider. His 1978 sequel Dawn of the Dead, meanwhile, fully codified the “zombie apocalypse” in the American consciousness, and would probably make my list of the best films of the ‘70s regardless of genre. But there was more to Romero than zombies; he was a shrewd social critic, whose films were often just as much about the state of America as they were about gore effects (though, to be sure, they were often also about that). Romero made more than a dozen feature films over the course of his forty-year career, and while some are better than others, few could be deemed uninteresting.

So it was met with considerable excitement when it was announced that a never-before-seen Romero film had been discovered, and was being restored for a digital release via Shudder. Shot during Romero’s adventurous years between Night and Dawn, The Amusement Park is a true oddity: an ostensibly educational film about the perils of ageism commissioned by a local Lutheran society, but shelved for being too violent and weird. It should go without saying that those expecting another Dawn of the Dead will likely be disappointed, but it’s a fascinating artifact– and very recognizably Romero.

The Amusement Park opens with actor Lincoln Maazel (who Romero fans might remember as the grandfather from Martin) addressing the camera, explaining to the viewer the horrors that elders are subjected to in America (and that much of the rest of the cast is made up of residents and volunteers from a local care facility). We then cut to a white room, where a nattily dressed Maazel meets a bruised and bloodied version of himself before opening the door and strolling into the titular park (the now-closed West View Park, just north of Romero’s native Pittsburgh). What follows are a series of clearly allegorical pitfalls and “rides”: a booth where a ticket-taker exchanges pittances for family heirlooms, a bumper car collision which results in an elderly woman’s license being revoked, a roller coaster which leaves its occupants dazed and confused. Through it all, Maazel becomes increasingly beaten down, disoriented, and desperate to find a way out of the park. 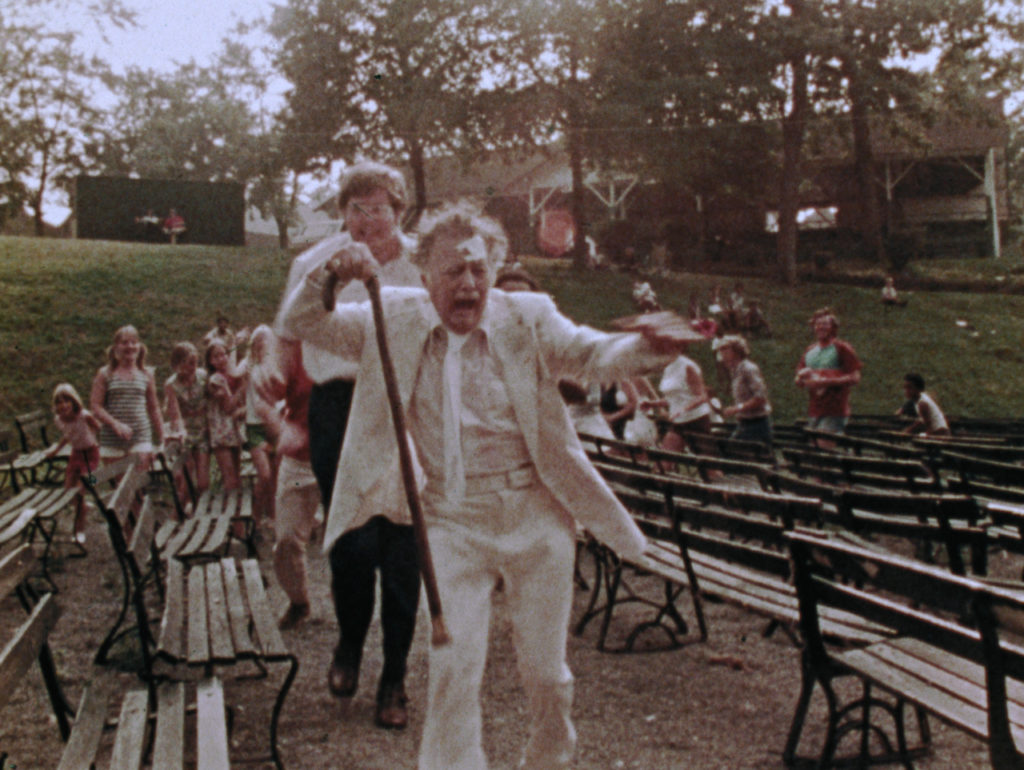 As lost works by great artists go, The Amusement Park isn’t exactly SMiLE, the legendary, long-unfinished Beach Boys opus. A better point of comparison might be The Electric Banana, the nom de disque under which the Pretty Things recorded stock music for soundtrack licensing.* This is a curio in Romero’s career, a work-for-hire clearly designed first and foremost as a public service announcement. With its grainy 16mm photography (by Night of the Living Dead cemetery ghoul Bill Hinzman!) and clearly dubbed soundtrack, it feels of a piece with such oddball ‘70s educational films as Shake Hands with Danger or Why Doesn’t Cathy Eat Breakfast? At 52 minutes, it’s not even really a feature film at all. Had it been released at the time, it would probably have lived on as a DVD extra at best.

But that doesn’t mean The Amusement Park isn’t worth your time. Though you wouldn’t necessarily peg this as Romero’s work if you didn’t know going in, his fingerprints are unmistakable. The ‘70s were a decade of experimentation for the director (this was probably shot sometime between the feminist drama Season of the Witch and the quasi-zombie pandemic thriller The Crazies), and Romero’s jaundiced view of contemporary America and talent for truly shocking imagery are both plainly on display. Presumably, the Lutherans who hired him were unaware of his previous work and gave him carte blanche, not realizing the strong medicine he was capable of serving up. To be sure, some of the imagery is obvious and ham-handed, and the non-professional supporting cast occasionally gives the production the feel of a home movie. But Romero knows how to sell an atmosphere of oppressive, psychedelic horror, and Maazel’s performance grounds it in an all-too-relatable state of confusion. It sure as hell made me feel a lot more viscerally cognizant of the harrows of old age, and I can’t imagine whatever film the Lutherans wound up releasing in its stead would hold up nearly as well.

It’s often forgotten that, when the Cahiers du Cinema crowd initially floated the auteur theory, they specifically were not talking about Cassavetes or Maya Deren or any of the fiercely independent writer-directors working at the time. Rather, they used the theory to divine the personal touches studio filmmakers would impress upon the Hollywood product they were hired to direct– people like Robert Aldrich or Ida Lupino or others working at the behest of a producer or studio head. The Amusement Park may not have been George A. Romero’s idea, but it absolutely is his film. Romero took a simple assignment and ran with it, creating something truly idiosyncratic and undeniably personal. It should go without saying that this shouldn’t be anyone’s introduction to the director’s work, but for Romero completists, it is nothing less than a gift.

* – Coincidentally, an Electric Banana track can be heard on the Dawn of the Dead soundtrack: the tongue-in-cheek country ditty “‘Cause I’m a Man.”

Even as the world reopens, Boston’s most beloved theaters still need your help to survive. If you have the means, the Hassle strongly recommends making a donation, purchasing a gift card, or becoming a member at the Brattle Theatre, Coolidge Corner Theatre, and/or the Somerville Theatre. Keep film alive, y’all.