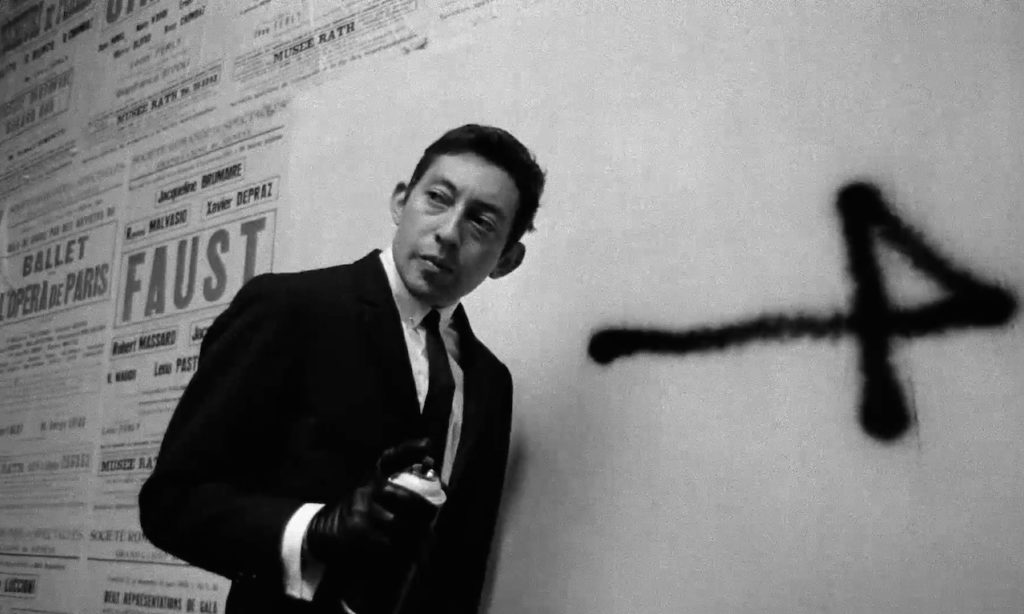 One of the great pleasures I’ve missed in this past year of virtual film festivals is the tradition of the rediscovered gem– overlooked films which have been restored and submitted for public reappraisal. This is not to say that festivals have forsaken older films; most festivals of the virtual cycle have featured at least a handful of repertory selections, but, for whatever reason, I’ve mostly felt compelled to stick with new releases. This, I recognize, is a me problem, probably due in equal part to the lack of pomp and circumstance which accompanies a full-on theatrical revival and my own sick, compulsory need as a critic to see as many new releases as I can before anyone else does. I’ve wanted to avail myself of these lost festival gems, but I just haven’t found the impetus to click “play.”

As it happens, Fantasia seems to have cracked the code with their new restoration of Jean-Louis Roy’s tongue-in-cheek 1967 spy film oddity The Unknown Man of Shandigor: just throw up an image of legendary French crooner/provocateur Serge Gainsbourg as the thumbnail, and I’m apparently there.

Like any good spy caper, Shandigor centers on the quest for a MacGuffin: in this case, the “Canceler,” an invention of mad, wheelchair-bound scientist Dr. Von Krantz (Daniel Emilfork) which apparently “cancels out” an atomic bomb explosion. Clearly, such a technology would bring a swift end to the Cold War, which spurs an international chase to steal it from Von Krantz’s mansion and retrieve it for political ends. Leading the charge are the Russians, led by the be-monocled Shostakovich (Jacques Dufilho); the Americans, represented by the Bond-like superspy Bobby Gun (Howard Vernon); and the Baldies, a strange group of identical, bald-headed assassins mentored by Gainsbourg in an abandoned opera house. The wild card is Von Krantz’s lovely daughter Sylvaine (Marie-France Boyer, of Agnes Varda’s Le Bonheur), who threatens to abscond with her father’s plans for a life of tranquility with her long-lost love Manuel (Ben Carruthers, the hot-headed younger brother from Cassavetes’ Shadows). 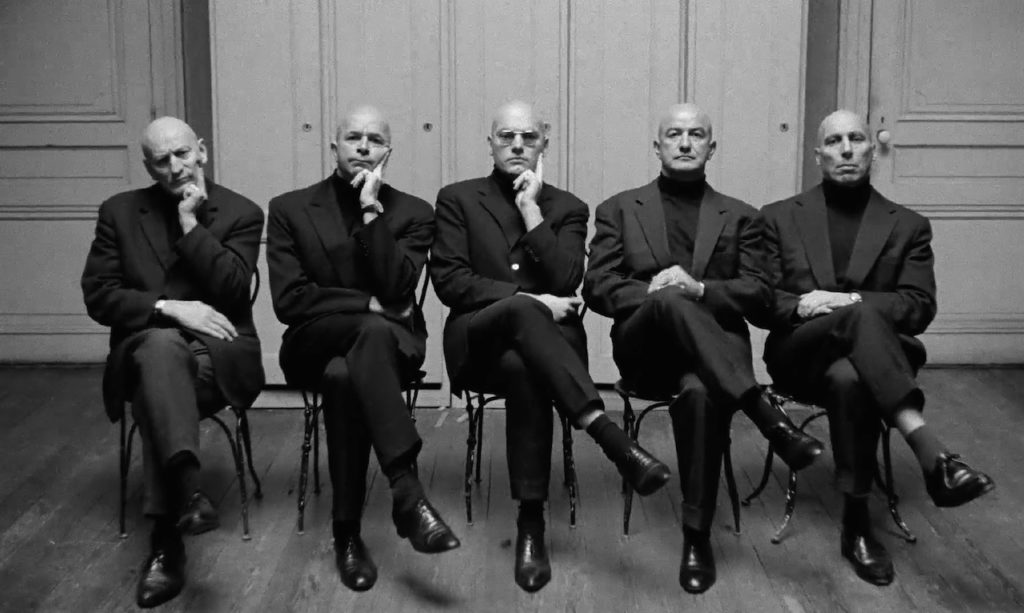 From the above description, one might come away with the impression that this is a conventionally goofy spy comedy in the vein of In Like Flint or the Matt Helm series. Allow me to assure you: it is much, much stranger than that. Shandigor is very much a product of the French New Wave, complete with intentionally distancing editing effects and a healthy pair of finger-quotes around its Cold War intrigue. Dr. Von Krantz is a pastiche of movie scientists from years past, from Dr. Cyclops to Dr. Strangelove. His mansion/laboratory is very much the idea of a mad scientist’s layer, complete with deathtraps, sinister albino henchman, and a monstrous “beast” (represented by some ambiguous splashing in the swimming pool) to which he feeds his enemies. Bobby Gun is an ennui-wracked caricature of a secret agent man, who spends as much time lazing in bed soliloquizing to his girlfriend as he does karate-chopping foreign assassins. And the scenes between Boyer and Carruthers almost seem ported in from another movie, consisting largely of lengthy, romantic montages of the two lovers cavorting on the beach.

But if you’re on its wavelength, The Unknown Man of Shandigor is infectiously funny. Best, by far, are the Baldies, which amount to one of the most wonderfully ridiculous visuals I’ve seen in ages. The Baldies almost invariably appear in groups, wearing identical clothes, bearing identical tough-guy scowls, and moving in unison. Gainsbourg, as their leader, stands apart– he bears his signature tousled hair, and for all intents and purposes appears to be playing himself– but his sleazy charisma makes me almost wish he had played a Bond villain in earnest (he also contributes a typically sarcastic musical performance, “Bye Bye, Mr. Spy,” which he performs on a funeral organ while the Baldies embalm one of their own). The film is replete with wry sight gags; consider the fact that the Americans’ headquarters is located in the back room of a bowling alley, or a terrific reverse-film joke in which the head of the Russians flips his monocle directly onto his eye. Consider it the snotty film-school counterpart to such Hollywood farces as The Pink Panther or Casino Royale.

Is The Unknown Man of Shandigor a lost classic of the nouvelle vague? Not really; anyone looking for the depth of a Truffaut or the bravado of a Godard will likely leave disappointed. What it is, however, is a delightful artifact of the movement. Like the better known names of the Cahiers du Cinema set, Roy is clearly a student of American schlock, and is just as giddy to subvert and recontextualize it into something strange, absurd, and at times even beautiful. With its snide wit and all-encompassing nihilism, Shandigor has aged better than many of the films it satirizes– and, if nothing else, it contains infinitely more chanson.