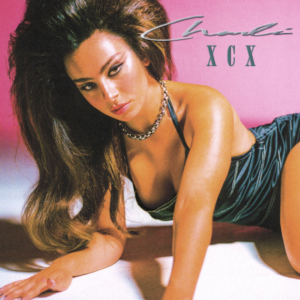 With “Good Ones” Charli XCX debuted the first song of her self-described “Evil Era.” The song, and its accompanying video set at a scandalous funeral, take on an energy that’s as sinister as it is infectious. “When I walk away it’s not your fault/I always let the good ones go,” Charli sings, before an irresistible thumping synth drop wipes away any hint of tenderness. She extends the word “go” as the synth line bounces on, turning what felt like a confession into more of a taunt. Especially following Charli, and how i’m feeling now, her most openly earnest albums yet, Charli’s evil side is especially striking.

Even more surprisingly, Charli makes a significant sonic shift on “Good Ones,” produced by the Weeknd collaborator Oscar Holter, seemingly leaving behind the PC Music/hyperpop sound. The sound’s departure feels as sudden as it arrived with 2016’s Vroom Vroom EP, produced entirely by the late PC Music pioneer, SOPHIE. While “Good Ones” might not be as overtly experimental as Charli’s work with the SOPHIE or PC Music’s AG Cook, or later with Dylan Brady of 100 Gecs, the song feels like a bold new era for Charli and a reminder that pop music by its nature is always in flux. Just as we’re getting attached to a sound—even one that seems like it has endless potential—pop music moves on, unsentimental. But even as Charli’s vocals are less drenched in abrasive autotune and the bass feels more reigned in, SOPHIE’s influence lives on more subtly on “Good Ones” in the heaviness of the synth line and directness of the song’s melodies. While the departure from the signature sound of her hyperpop era feels bittersweet and all-too-soon, “Good Ones” is a tantalizing taste of what Charli’s “Evil Era” might have in store.