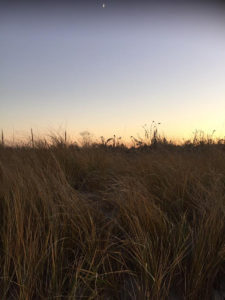 I value materials that challenge my co-
ncepts of reality. However, I don’t be-
lieve in bending minds for the sake of
bending minds. I despise the sociopath-
ic, “because I can”, motive. As wi-
th all things there is an aspect of cr-
aft that must be taken into account. I
would like to enter these chaotic spac-
es and return intact. In this sense, th-
ere is a relationship to the circuit. A
mind is put through a process and retu-
rns to it’s original state at the en-
d. But, the original state doesn’t act-
ually exist anymore. The circuit has t-
ransformed it.

There must be a recursive quality to t-
he circuit. It mustn’t take and it mus-
tn’t give. It only arranges what alrea-
dy exists. This arrangement or manipul-
ation of materials is the shadow of th-
e recursion. The tape is a projection
of your mind. You put it in your reali-
ty. Maybe it attracted your attention,
by you also put your attention into i-
t. In this sense, a circuit has alrea-
dy been formed.

Ideally, such artifacts may be tested a-
nd their veracity proven. Many objects
are perfectly reasonable on their surf-
ace. Our society being the classical e-
xample. We live in a culture of surface
imagery. The Dollar Store reality. The
reality of shiny stickers instead of m-
other of pearl inlay. Dr. Thunder. A k-
nock-off reality for knock-off souls.
Most things crack under pressure. It i-
sn’t just equipment. It isn’t just civ-
ilizations. It isn’t just people. Real-
ity itself, the Cosmos, is subject to
entropy. There is no escaping it. All
systems fail.

How does one handle failure? Does one
handle failure? With humans we sweep t-
hings under the rug. We will things ou-
t of existence. We traumatize ourselve-
s, invent vacuums, and then desperatel-
y try to fill them. The most depraved,
petty, bullshit will do. But, what I v-
alue are circuits that are efficient. I
appreciate well made artifacts. Even s-
omething that is half-assed, if made wi-
th the right intention, can be pure. If
we play with our sanity, it is only rig-
ht to insure we use the finest instrume-
nts. Or, at the very least, that we giv-
e a shit. We’re not filling vacuums her-
e.