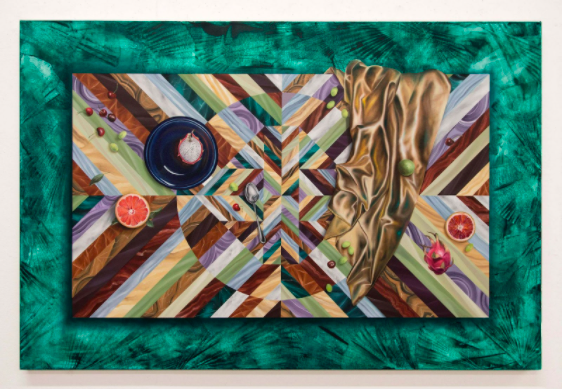 If art is subjective, how do we know what we’re looking at? The latest Gallery 263 exhibit, Objectivity (on view until 12/5/21), juried by artist Josephine Halvorson, imbues the still-life genre with endless varieties of lived experience. Ranging from traditional still-life paintings to sculptures showcasing the work of 20 New England-based artists, the pieces go beyond the dark moments traditionally associated with 17th century Dutch painters, asking each viewer to add their individual perspectives to everyday objects and question what is.

A still life showcases a moment in time, but featured artist Joetta Maue creates a world within that moment. Through cameraless photos of microscopic broom sweepings, artist Maue elevates microscopic, mundane detritus found in an action as repetitive and small as sweeping the floor as a crucial life task. Beyond documentation of what was found, it’s a way she records her love for others as a caretaker.

“The act of loving someone or something really happens in these small repeated moments, not the big ones,” Maue said of her piece Under the Wires, which elevates broom sweepings to grand intimate statements. “The sweepings from a home act very much as a portrait of the bodies that live within the home, the detritus from a sweeping tells about the age and stage of life that people are in, through hair and small objects, the type of life lived is revealed by the objects found; such as dirt, glitter, cheerios, cat food, legos… This acts as evidence of the lives and the beings living those lives within that domestic space.” And what’s more, the tiny products of a sweep, she began to notice, almost resemble the cosmos.

Sculptor Taylor Apostol used three-dimensional objects to evoke a memory of their past. “My sculpture ‘House Clothes’ is a lumpy pile of sweatpants and long-sleeve shirt, as it would be found on the floor,” she said. “By removing them from their usual place on the floor I give them a life of their own. Also, by reframing factory-made, functional items as handmade objects in terra cotta, I ask the viewer to reconsider them for their sculptural, aesthetic and narrative capabilities. I’m most interested in capturing a passing moment and warping or blurring the forms.” 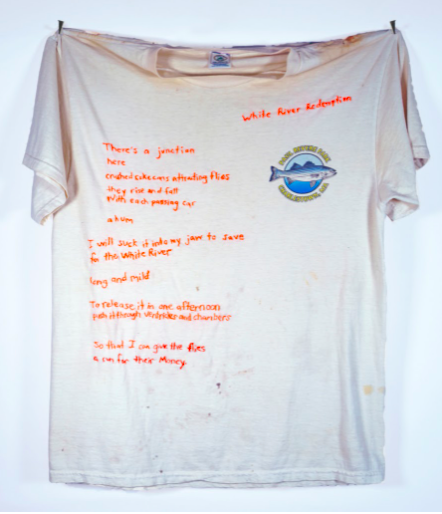 “There’s something about taking something seemingly mundane, ordinary, or things that are often overlooked,” said artist Mike Howat, “and giving them radical significance.” Like a collage of memories, his piece “Racing Thoughts and Satellites” calls upon various items collected over the pandemic to evoke a narrative of “latent anxiety.”

The specific memories explored through still life also change each time we access them. “A still life is the passage of time,” said Krystle Brown, creator of a stirring piece using her late father’s work shirt in what she calls a “time loop of warped nostalgia”. “Every time you revisit a memory, like sitting down to paint your still life composition, something has shifted slightly out of place. Someone’s smile is hazier now, their voices harder to hear. You don’t quite remember what color eyes they had. Until one day, the whole person is in a fog. Still life is the creation of memories.”

And of that traditional Dutch still life movement, Danielle Fretwell said, “Something I am attracted to most [about those paintings] is the drapery of warm natural light across the subject. I stare at these paintings and imagine the hue turning from a vibrant gold to a dim pink as dusk consumes the room.”

Perhaps an object’s meaning depends on the light in which it is seen. 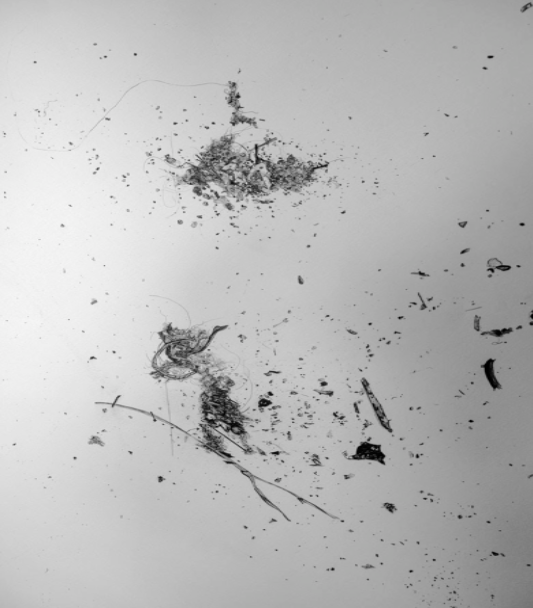 Joetta Maue || Under the Wires

Local Journalism is more important now than ever. Please consider supporting The Boston Hassle’s Fundraiser for Local Journalism Today or become a member of our Patreon.