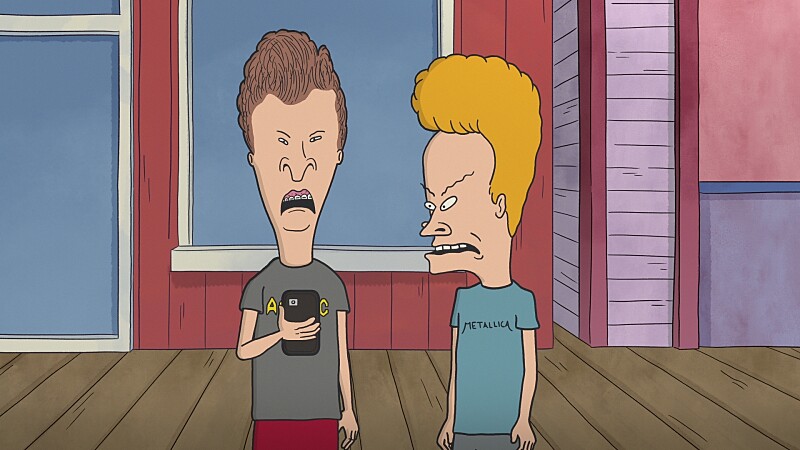 BEAVIS AND BUTT-HEAD DO THE UNIVERSE streaming on Paramount+

Hearing the phrase “Beavis and Butt-head” likely elicits a sense of disgust for many. But for the enlightened, Beavis and Butt-head represent the pinnacle of stupid ‘90s humor. The creations of Mike Judge are the stupidest fictional characters perhaps to ever exist, and the idea that there are not just one, but two films starring them is hilarious. Beavis and Butt-head Do the Universe does not reinvent the wheel; it’s just funny. In the wake of self-serious reboots, prequels, and legacy sequels, isn’t that enough?

In 1998, Beavis and Butt-head find themselves on trial for burning down the school gym during the science fair. The judge decides a creative punishment is in order, sentencing the pair to space camp. While there, the boys discover an aptitude for “docking the missile,” leading the astronauts to bring them on their mission to the space station. Of course, things go wrong almost immediately, and Beavis and Butt-head are sucked into a black hole and spat out into Galveston in 2022.

Certainly the world has changed in the 24 years Beavis and Butt-head were off-planet, but they didn’t understand anything before and won’t now. The boys end up with an iPhone capable of Apple Pay, sending them on a nacho bender, but mostly they just want to go home and watch TV. The threat of multiversal annihilation looms over the film, but they don’t really care or understand. This is a sequel to Beavis and Butt-head Do America through and through, which means these very passive characters are mostly thrown into vans or trucks to get them where the plot needs them to be. There’s conflict between the two when Beavis starts to, almost, just maybe, have feelings beyond wanting to score, but even that doesn’t last longer than it needs to. The movie is only 86 minutes, there’s no room to ruminate.

Though Beavis and Butt-head did return once in 2011, it didn’t stick. This feels like a more pointed return, inventing a ridiculous way to bring them to the present without making them 40 years old (though we do get a glimpse of that awful reality) and not ignoring their ‘90s roots. If we’re going to reboot everything, why not just bring back Beavis and Butt-head, who are actually funny? Judge said new episodes are coming soon to Paramount+, which is apparently where this movie is premiering. Guess they weren’t expecting a box office success, as in 1996. I’m interested to see how the boys deal with streaming, since linear television and music videos barely exist anymore, but I’m sure they’ll figure it out. All we need to compliment the new run of the show is the return of King of the Hill. Get on it, Mike!

Beavis and Butt-head Do the Universe
2022
86 min
Dir. Mike Judge