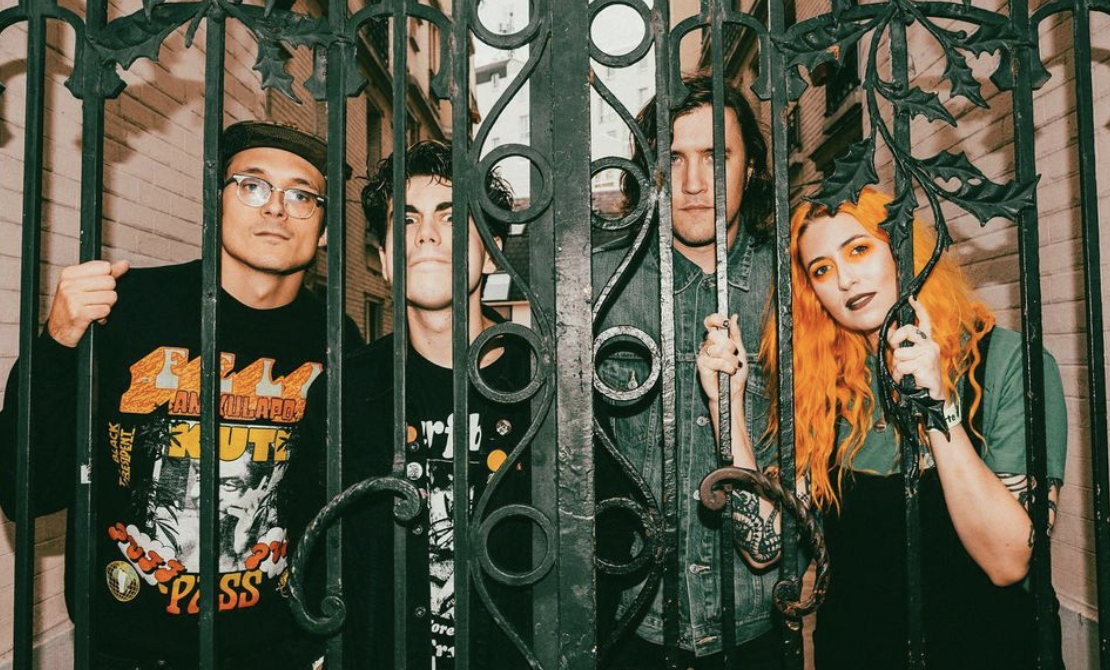 ON TUESDAY NIGHT, YOU MISSED THE BEST BASEMENT SHOW I’VE EVER SEEN: Frankie and the Witch Fingers, with guest GIFT, rocked Davis Square in an intimate show under Elm Street.

I lived around the corner from the Rockwell for six years: a small blackbox theater adjacent to the speakeasy-style Saloon, under the hustle and bustle of Davis Square. I’ve seen everything there from Shit-Faced Shakespeare to Oregon Fail.

In the Rockwell, unlike at the brand-new Crystal Ballroom nearby, you can’t hear trivia at Mike’s, Keytar Bear appearances, or — operatively — police sirens. The Rockwell feels like an intimate enclave for the performing arts, and, in my opinion, is one of Boston’s best — but least loved-on performance venues. Shows like Tuesday’s demonstrate exactly what the Rockwell has to offer as a stage for truly memorable musical experiences.

The Brooklyn group GIFT opened with what frontman TJ Freda (from Boston) called their homecoming show. They definitely had some local friends in attendance, judging by the screams of “GO TJ!” GIFT delivered a tight, strong hard-rock sound, crescendoing in layers mediated by at least a few dozen pedals.

In their first-ever Boston show, Frankie and the Witch Fingers put on a full throttle performance. The west-coast style, Chicago-psych-turned-LA-rock band is a four-piece group with a massive, hard-hitting, but finely controlled sound. They’re a mix of punch-you-in-the-face pummel-punk, with an edge of their elastic psych roots. They opened with “Empire” and charged straight into “Cocaine Dream” and “Pleasure” in a continuous wall of shredding guitar and explosive drums. The drummer, relative band newcomer Nick Aguilar, had his shirt off by song number three.

But the band’s finesse wasn’t lost under their tidal-wave sound and head-banging intensity. Moments of delicacy, as volume and tone pivoted on a dime, showcased the level of precision at play. Bassist Nikki Pickle, along with Aguilar held down the backbone, with the driving force blasting from guitarists/vocalists/songwriters Dylan Sizemore and Josh Menashe — the longtime core of the band. 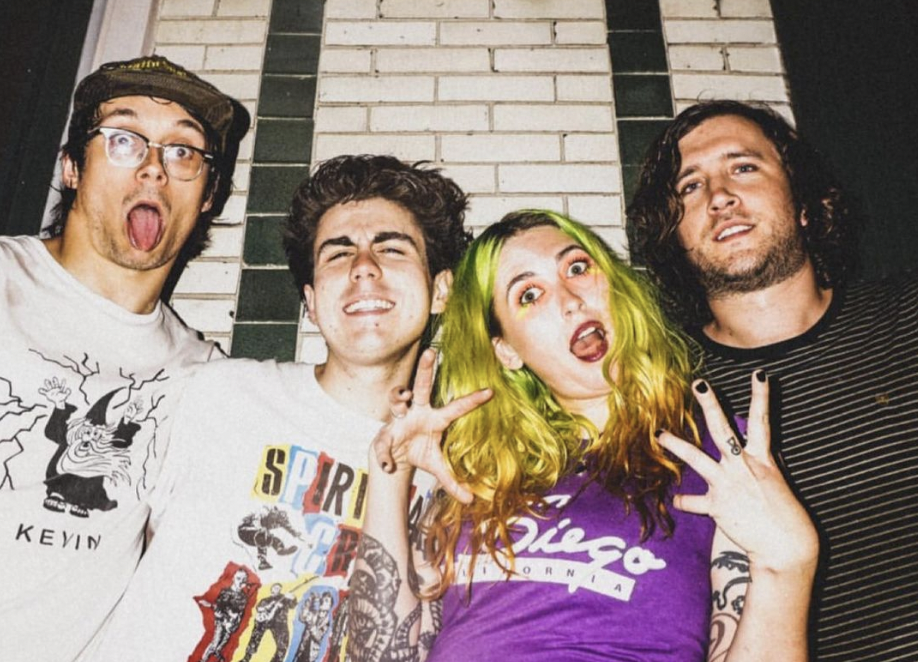 Another stellar feature of the performance: the audience was roughly six inches from the band.

I was very aware, because I was at the front, being careful not to get whapped with any guitar heads. The crowd packed forward around the small performance space at the front of the room, with a mosh pit forming in the crowd’s center. It’s the kind of intense, close-quarters show that I haven’t experienced since COVID kicked off, but the packed basement was far less plague-anxiety-inducing than you’d think, helped largely by the fact that the Rockwell still mandates vaccine checks and masks.

The band was reveling in it — the immediacy and the energy of the space was tremendous, and Frankie and the Witch Fingers soaked up that power and gave it back tenfold. The full force of the performance might have felt more mundane at a more typical, larger venue with an elevated stage, light arrays, and a cavernous performance hall. But the un-fancy, straightforward frame of the Rockwell showcased Frankie and the Witch Fingers to full effect.
They played two of their top tracks, “Dracula Drug” and “Reaper,” mid-set and wrapped with “Electricide” and “Tea,” before returning to round out with an encore of “I Wanna Be Your Dog.”

And thus, I highly recommend streaming Frankie and the Witch Fingers — or, even better, finding them on their current tour.

The post Frankie and the Witch Fingers Open Up the Throttle on The Rockwell appeared first on BOSTON HASSLE.