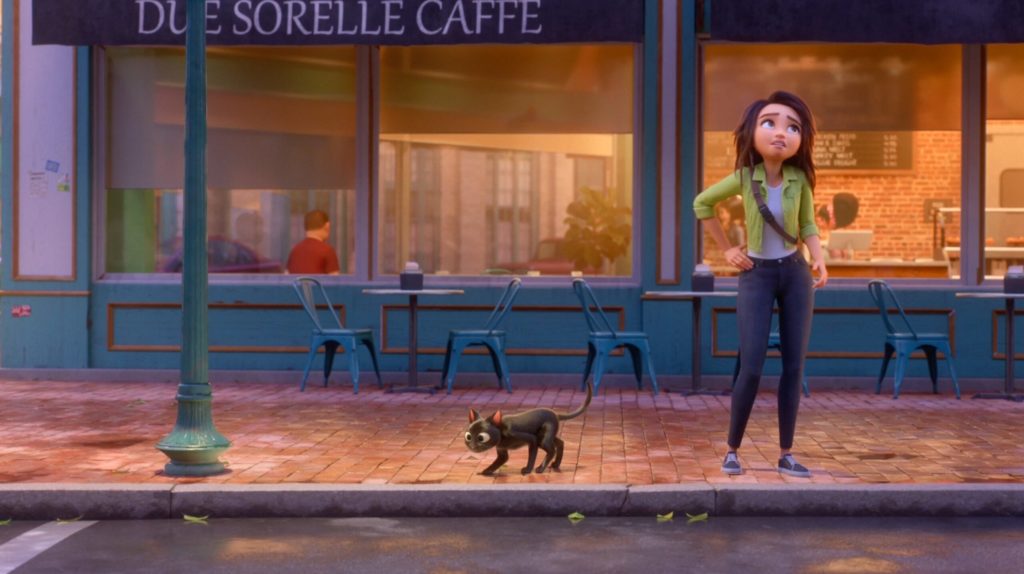 The last three films I watched, in order, would be Bullet Train (2022), Final Destination (2000), and Luck (2022). By happy coincidence, all three concern the theme of luck, or more accurately, bad luck, from a similar perspective: it’s just random happenstance and our interpretation of the happenstance that ultimately determine whether what we experience is good or bad luck. (Except maybe for Final Destination, in which case it’s pretty much just bad luck.)

And while my choice to finally check off Final Destination from my watchlist may have been random, the shared theme between the newest original on Apple TV+, Luck, and Bullet Train isn’t just luck. Despite both productions having plans in place before the pandemic, they both deliberately speak to the long spell of unluckiness that’s seemed to have plagued North American culture since at least 2020.

Stop me if you’ve heard the words “burnout” or “isolation” or “brain fog” more since the start of the pandemic than the preceding five years combined. A co-worker of mine and her children all just caught COVID-19 for the third time in the short six months I’ve known her. “I just feel so unlucky,” I recall her lament about the third round with the disease. We all know the feeling: our neighbors and loved ones are dying more frequently, inflation forces compromises between grocery shopping and utility bills, and we just can’t stay away from the flu-like vector haunting our lives. Unluckiness might be the emotion of the 2020s so far—especially for the privileged. And both Luck and Bullet Train capitalize on this.

In the fourth film by experienced animation director Peggy Holmes (The Little Mermaid: Ariel’s Beginning, Secret of the Wings), Luck is about a terribly unlucky orphaned girl, Sam Greenfield (voiced by relative newcomer Eva Noblezada), who stumbles upon a talking black cat “from Scotland” named Bob (a startling Simon Pegg) and his magically lucky penny. After losing the magic token, she follows the cat to an alternative world populated by leprechauns, worker bunnies, and a purple dragon. In the Land of Luck, the positive version of random chance is effectively mined, produced, and shipped from the paradisiacal clouds of Luck to earth. But… so is bad luck, mined by the gnomes and roots (yep, you read that right) from the land below the clouds: Bad Luck.

Unlike Bullet Train, the bad luck here is both funny and clever. In one early scene before Sam finds the portal to the other world, she chases Bob in a silent sequence filled with old-school physical comedy (animated, of course) put together with a punchy speed accompanied by easy piano music that feels equally referential to Charlie Chaplin and Tom and Jerry, both of which saw great success thanks to their humorous depictions of luck and her partner irony. It’s an entertaining homage and a great chase in its own right, but it also works much like an overture in classical music: setting the tone, in this case to playful, for the entire “performance.”

I do wish the animation was equally as playful as the story, instead of delivering the same Pixar-style polished animation that all major animation studios have made into their default. The style resembles the lives of Instagram influencers: so perfect that it’s a little icky.

Among the human characters, this is most evident in our main character, Sam. Despite being animated, Luck managed to keep the trend going of making a high schooler (in this case, an 18-year-old) look like a graduate student. Not unrelatedly, her shockingly skinny yet curvy figure more perfectly conforms to Western beauty standards than the Hadid sisters do. It’s no secret that the reason Hollywood casts mid-to-late 20-somethings as high schoolers (c.c., any movie starting with the words Spider-Man) is to allow for viewer sex appeal without the feeling of disgust that would, or should, accompany the casting an actual teenager in such a role. After all, when we were that age, we felt and experienced sexuality toward our peers; it makes sense, then, that filmmakers want to replicate the feelings without being borderline pedo. I’m not saying the filmmakers intentionally sexualized Sam. That’s not the case. But do we really need the trope of teens-in-adult-bodies creepily extending to animated filmmaking as well?

With the above exception, the super-polished style actually works for me…and possibly for the first time since Pixar’s early films. In a utopian world demarcated by luck, the polish sells the look. Luckiness should be slick and cool, much like this movie. I would have liked a more complete reversal of the polish in the brief time in Bad Luck: ugly and messy roughness. But maybe that’s just me!