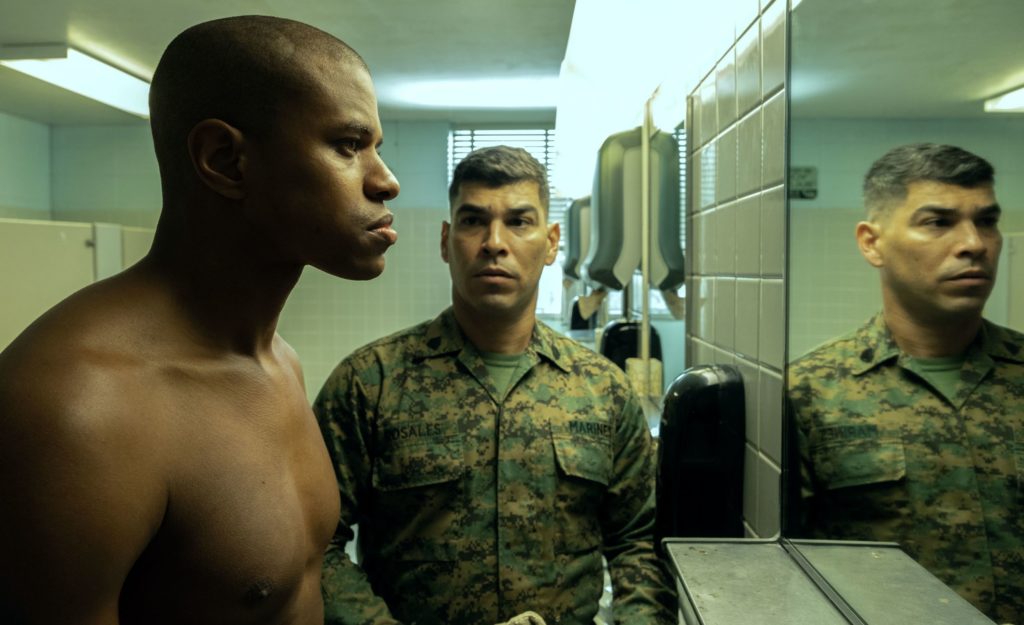 I suspect young people today don’t have a full sense of the casual cruelty that characterized the Bush years. This is distinct from the active, enthusiastic cruelty that proliferates today, and threatens to overtake baseball as the national pastime. Rather, this was more of a latent, baseline thrum. It had been percolating throughout the ‘90s, both via the bombastic Limbaughism of the neo-conservative movement and through the jokey nihilism of Generation X, and was pushed to the forefront by the cataclysm that was 9/11. Racism was endorsed as part and parcel of with-us-or-against-us patriotism, while misogyny was accepted as a badge of with-it permissiveness. This was the age of Girls Gone Wild and Wedding Crashers and “We’ll Put a Boot Up Your Ass” and Saw. Tensions were high, and if you didn’t fall in line precisely with Bush, Cheney, and their brand of world-conquering jingoism, the vibe was decidedly bleak.

This was all readily apparent to me as a white, male, cis-hetero teenager ensconced in a progressive bubble in one of the most liberal states in the country; I can’t imagine what it would have been like to have experienced these years as any sort of persecuted minority. Director Elegance Bratton certainly could, at least as evidenced by his autobiographical The Inspection: Bratton’s avatar, Ellis French (Jeremy Pope) is a Black, gay, homeless youth surviving in the shelters and subways of New York City in 2003. His mother (Gabrielle Union) lives in town, but offers nothing but coldness and disgust toward Ellis’ lifestyle. As a last resort to clean himself up and get off the streets, Ellis makes an unexpected decision: he enlists in the Marines.

If military life is more hospitable than life on the streets, it’s only just; even in the days of Don’t Ask, Don’t Tell, Ellis’s fellow recruits make life miserable for him, particularly once his orientation makes itself apparent in the most mortifying way possible. More troubling still is his serenely menacing drill sergeant Laws (the great Bokeem Woodbine), whose apparent sadism is a bridge too far for even some of his fellow commanding officers (when confronted by his right hand, Laws chillingly responds, “I’m here to make monsters”). But Ellis is determined to make something of himself no matter the cost– because he knows this is his absolute last option. 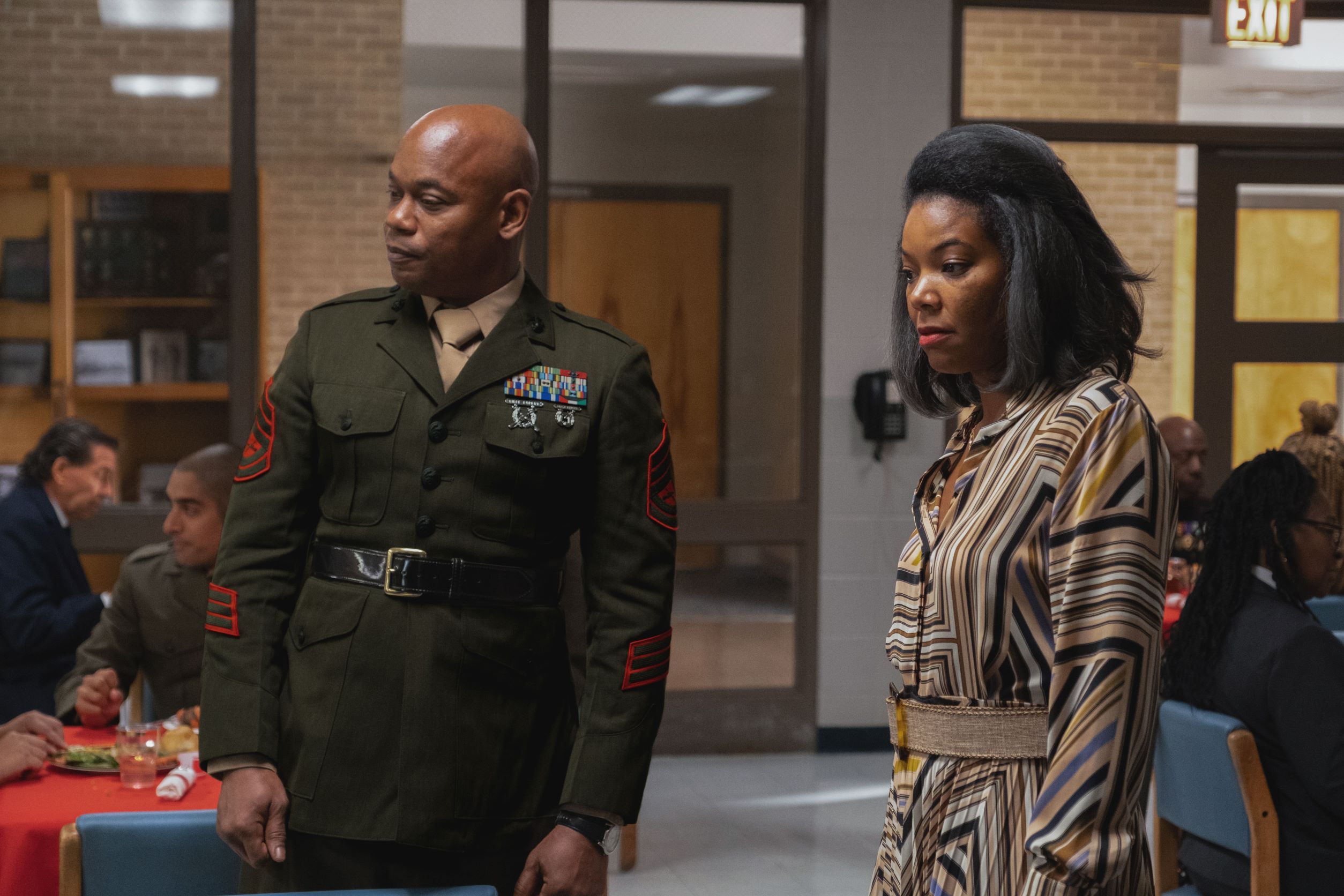 As I mentioned before, I will never know firsthand the struggles of marginalized groups, particularly in the dark days of the early 2000s; I will also never begin to fathom the mindset that would lead one to willingly join the military. But The Inspection is such a personal film, and told with such passion, that I had no trouble connecting with it. Though Bratton utilizes conventions of both “the queer film” and “the military film” (and frequently combines the two, cheekily playing up the Tom-of-Finland fetish cache of military regalia), his film never fully adheres to the formula of either. Ellis’ emotional journey is more emotionally complex than the typical protagonist of either genre, and Bratton hits some unexpected notes (the ethereal score by Animal Collective, for example, is not your typical training montage bombast). This is his story, and (with a couple of notable exceptions– more on that later) one can sense that he refuses to sand off any of the rougher edges.

Much of the film’s success can be attributed to a remarkable performance from Jeremy Pope. Pope spends long stretches of the film in silence– he has to, after all– but we see the world through his eyes, and there is never any question of what is going through his head. Ellis is obviously a very strong person (how else would he have made it this far?), but even he seems unprepared for the degradation he would face at the hands of his fellow recruits. We see the hurt in his eyes when he is subjected to slurs and physical violence, and when he begins developing feelings for the one sergeant who shows him the smallest bit of compassion. We know these feelings can’t be reciprocated– doing so would surely be a death sentence for both parties– but Pope allows us to feel every heartbreaking nuance.

If there is a sour note in the film, it’s the ending, in which (spoilers, I suppose) Ellis’ fellow recruits and erstwhile tormentors circle their wagons around him at their graduation supper. I don’t want to say that this is unrealistic, necessarily– Bratton surely knows his own story better than I do– but it feels unearned following the horrors Ellis is subjected to. Worse, this final movement strikes a strangely pro-military tone which comes across as unreconciled with the unapologetic sociopathy of Laws (to say nothing of the larger context of the war itself). As a moviegoer, I don’t need a film to map directly to my own political compass in order to endorse it, but this flash of apparent jingoism feels more jarring in a thoughtful, queer indie film than in, say, Top Gun: Maverick. It’s possible that this was a concession made in order to secure access to military equipment and facilities for filming, but I suspect that this may be a case, like Armageddon Time, of a filmmaker who is too close to his own story to fully reckon with it.

But The Inspection is a much better film than Armageddon Time, not least in the way that it handles its central ambiguity. Ellis gets his life together (obviously; Bratton’s still here, after all), but there are few easy answers: his relationship with his mother remains unresolved by film’s end, and he is still a Black, gay man in a time and place hospitable to neither. At a lean 90 minutes, The Inspection may strike some as slight, but it functions perfectly well for what it is: a lyrical snapshot of a very strange period in its director’s life. The early 2000s were an era of bad politics and worse vibes; the fact that Bratton used it as a springboard to save his own life is something of a miracle.